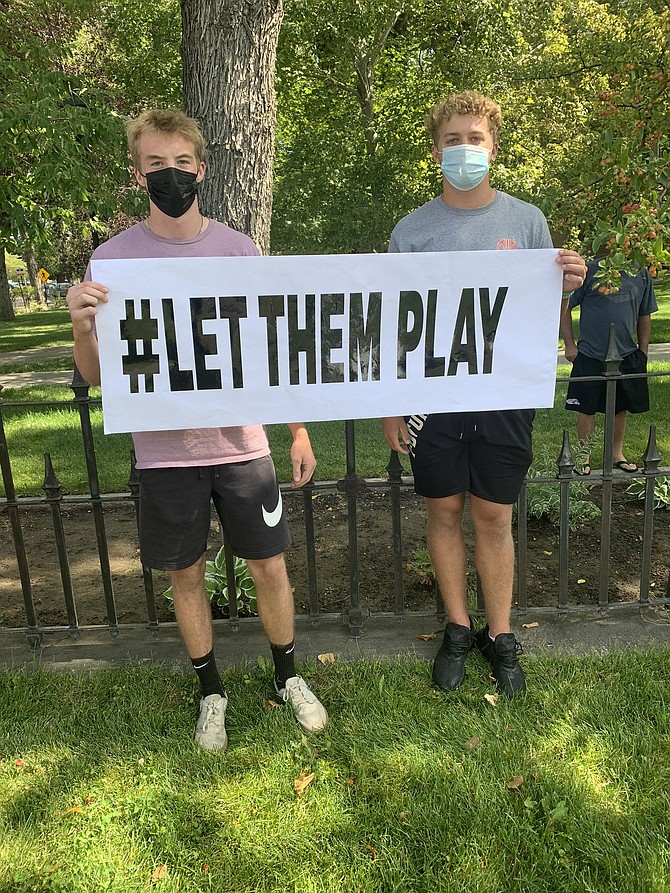 Douglas High School athletes Christopher Smalley, left, and Cameron Swain stand with a #LetUsPlay sign outside of the Nevada State Capitol Saturday afternoon as about 125 people protested to resume athletic events in the state of Nevada.