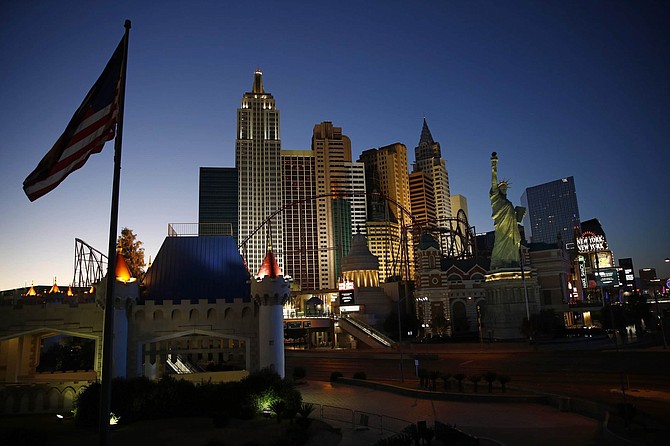 FILE - In this April 28, 2020, file photo, the sun sets behind casinos and hotels along the Las Vegas Strip in Las Vegas. With authorities investigating the latest shooting outside a Las Vegas Strip resort, police reported Wednesday, Sept. 23, 2020, that a spike in violent crime in and around the city&#039;s marquee tourist area has led to at least 1,100 arrests since Aug. 1 and the seizure of more than 60 weapons.