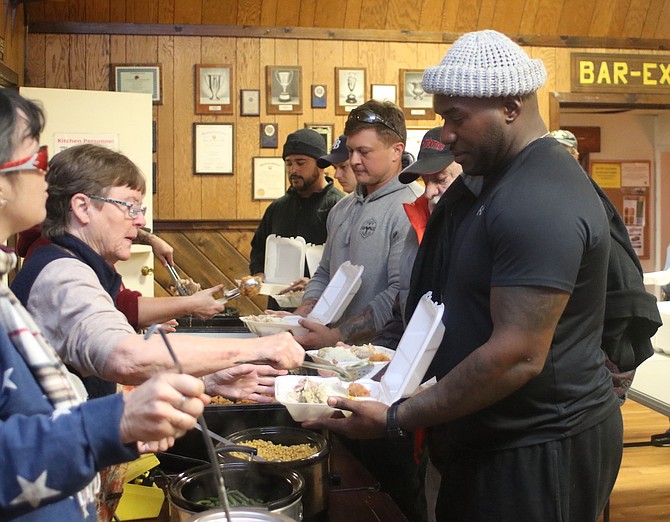 Sailors from NAS Fallon and other volunteers package Thanksgiving meals for delivery to the area’s senior citizens.
Photo by Steve Ranson. 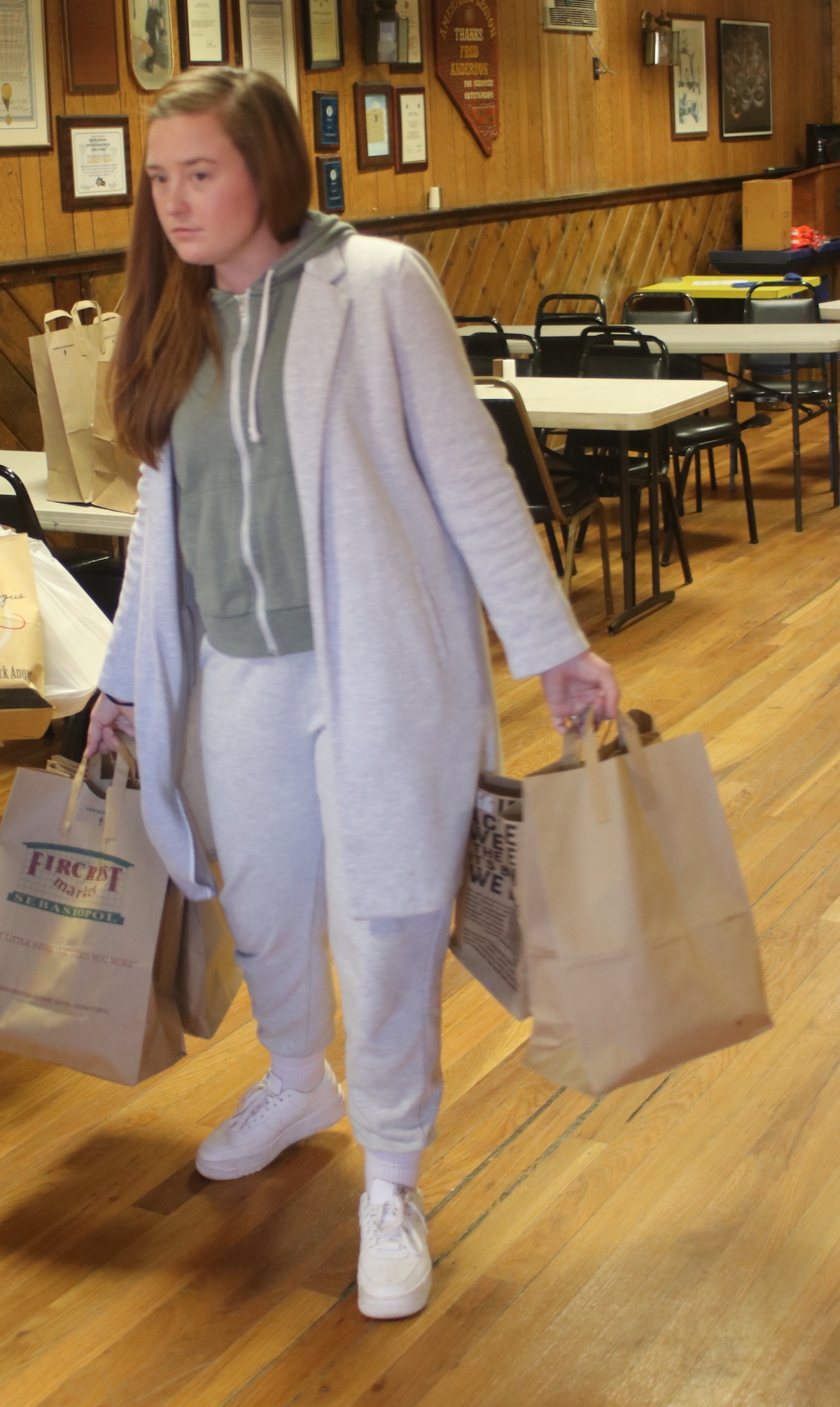 Steve Ranson/LVN
A02 Arin Felton, who arrived in Fallon in October from Twenty-Nine Palms, Calif., prepares to deliver meals. 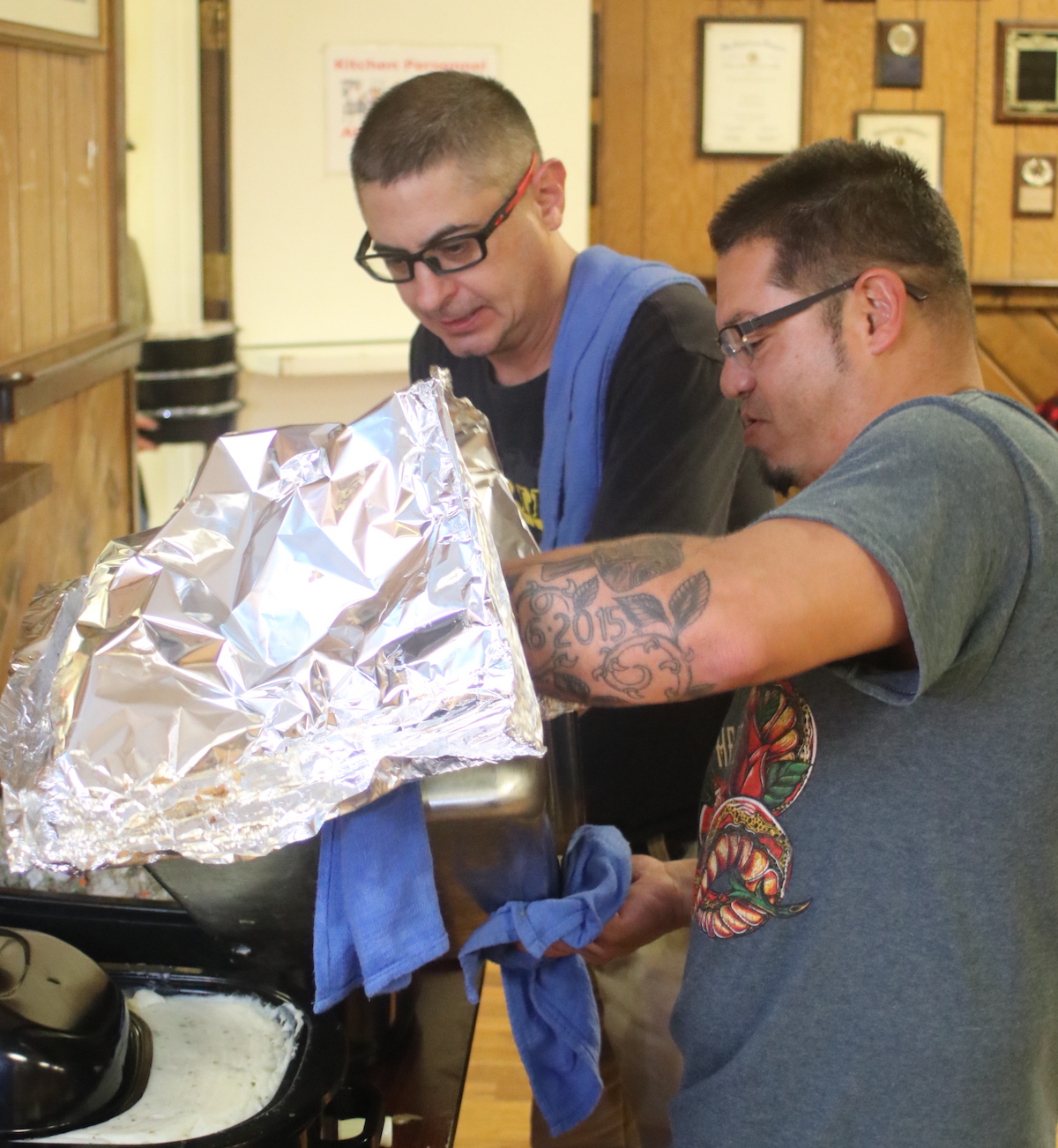 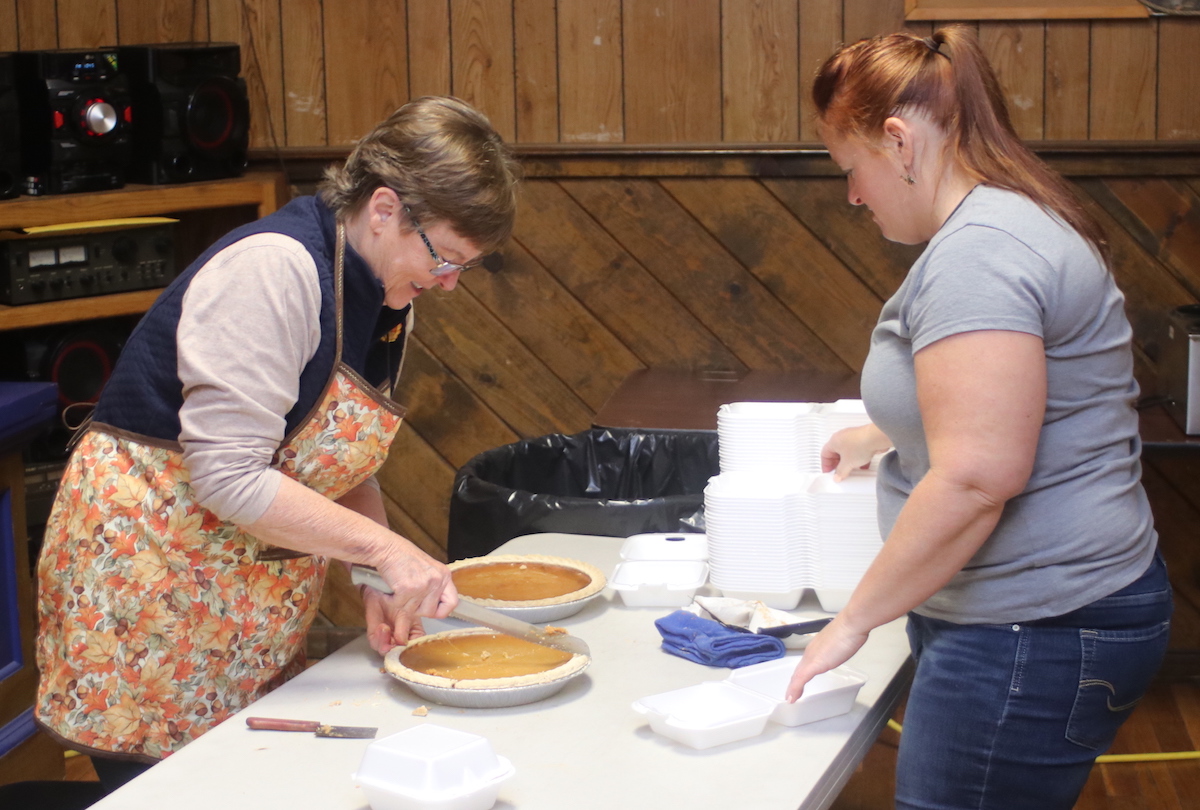 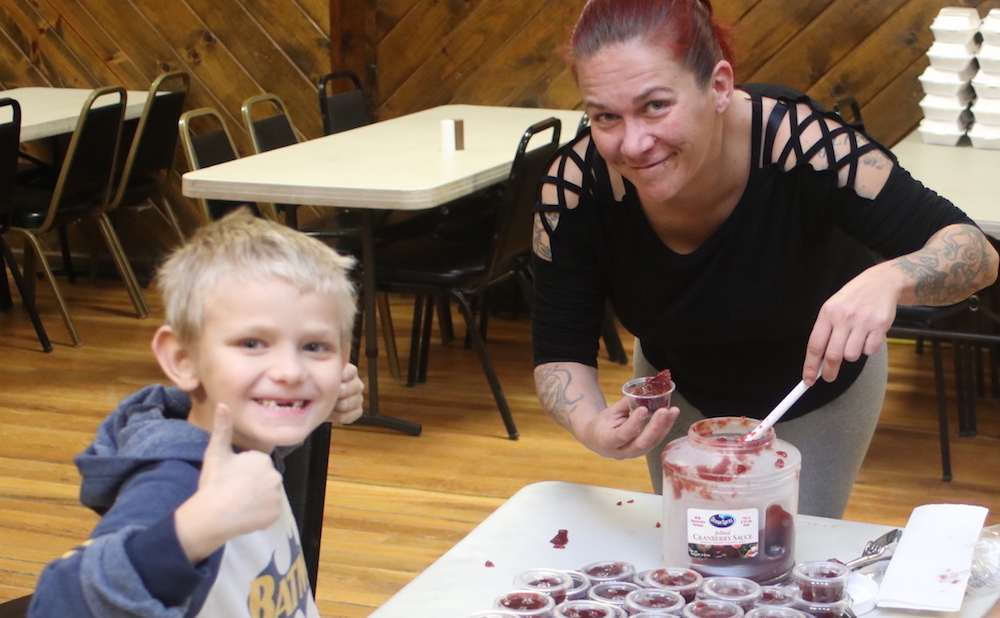 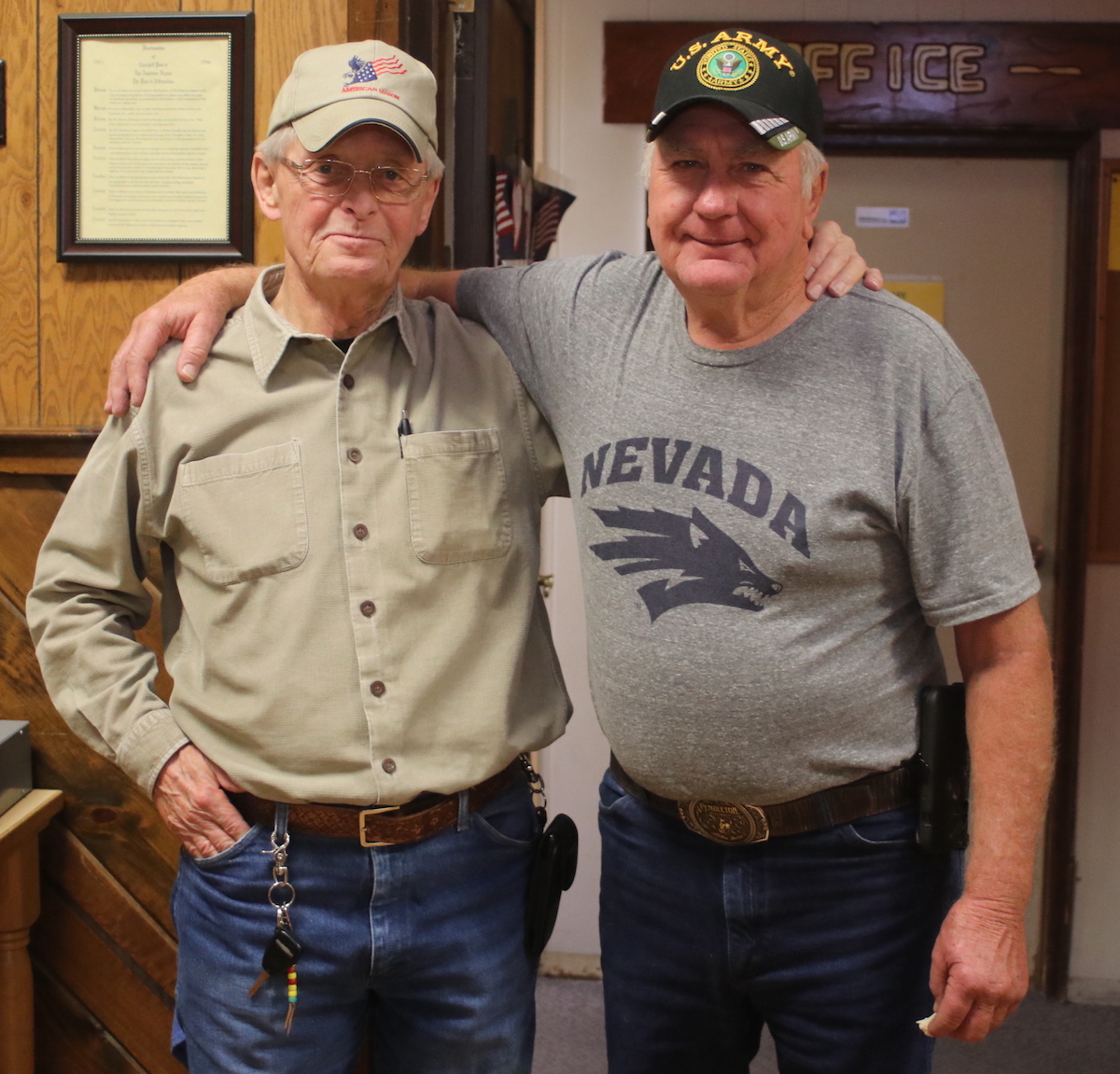 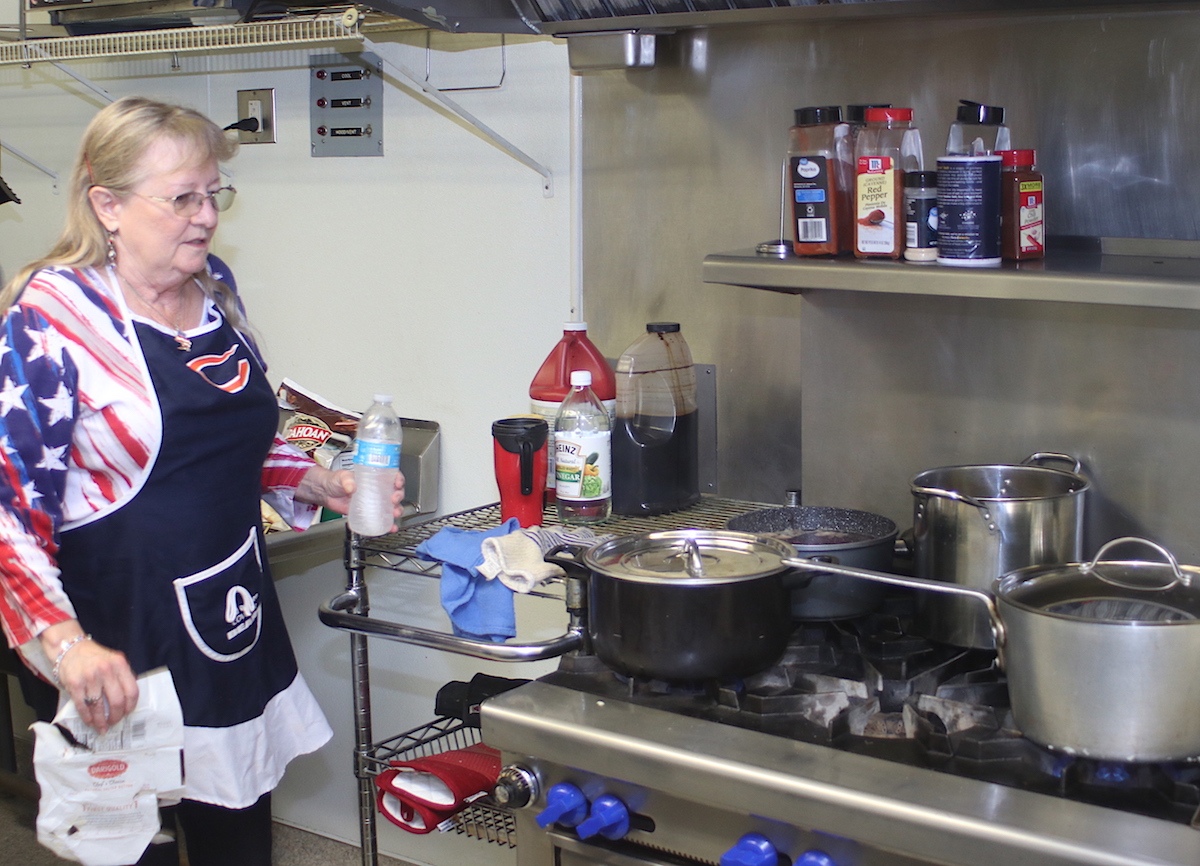