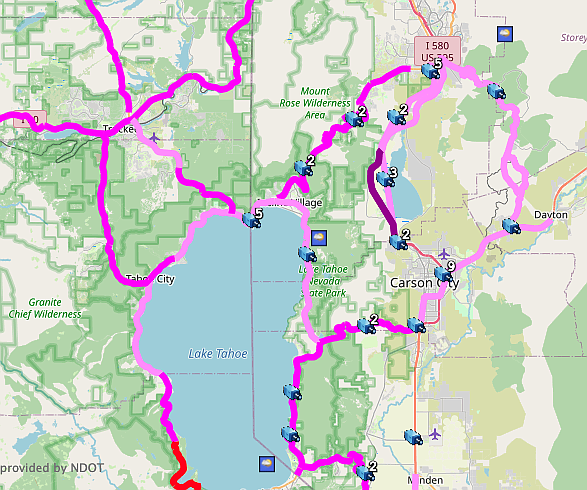 Traffic controls are on all major highways and roads as the weather is snowing in some parts and raining in others.
A winter weather advisory remains in effect until 10 a.m. this morning.
Snow accumulations of about two inches were expected about 5,000 feet, with a snow/rain mix at lower elevations.
Check NVRoads.com for more road conditions.