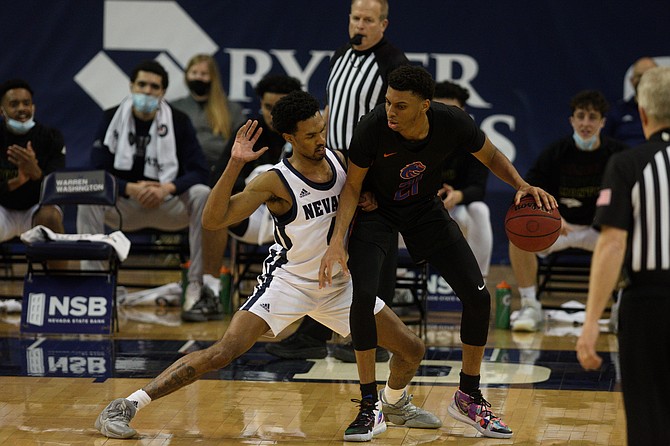 Nevada’s Desmond Cambridge guards Boise State’s Derrick Alston during their Feb. 5 game in Reno. The teams face each other Thursday in the Mountain West tournament. (Photo: University of Nevada)