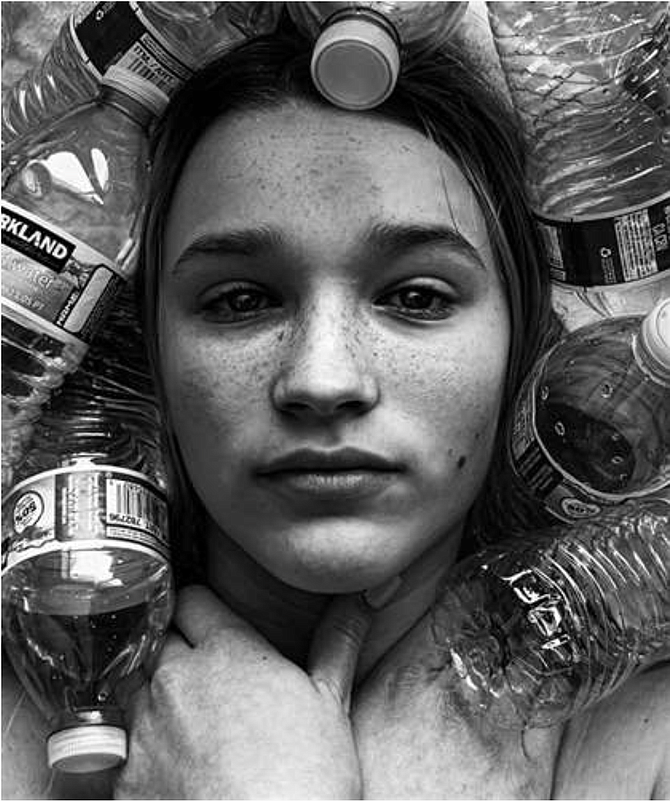 (Editor’s Note: Ferrin is the Photography I, II, and III teacher at CHS)

Three teachers from CHS, art teacher Alisa Kuniya, ceramics teacher Karen McGraw, and myself entered student work into the Scholastic Art Awards, which boasts to be the longest running, most prestigious art competition for creative professionals in the nation.

The competition, put on by Nevada Museum of Art in Reno, is comprised of local artists and art professionals who judge student work. The awards given are Gold Key, Silver Key, and Honorable Mention at both the local and national levels. 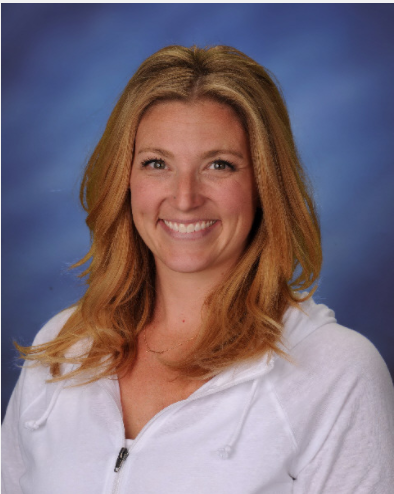 Carson High Photography had four Gold Key winners at the local level: Trevor Castillo, Riley Kidd, Aubrey Glazner, and Justyce Quintana, and Trevor Castillo's photography portfolio was one of four art portfolios to win a $1,000 scholarship from Scholastic Art Awards. All Gold Key winners' pieces then moved on to the national competition with winners to be announced in March, and Aubrey Glazner, a CHS Junior and Photo III student, won a Gold Medal at the National Scholastic Art Awards. So not only did she win a Gold Key Medal at the local Northern Nevada Scholastic Art Awards in February through the Nevada Museum of Art, her winning piece, along with 230,000 other art pieces from around the Nation, entered the National competition, and on March 17, the National winners were announced.

Aubrey's piece, "Can't Breathe," was not only one of only 2,000 students to win a national honor, but she also won a National Gold. Again, this competition is the longest running, most prestigious art competition for creative students and has had the honor of awarding artists like Andy Warhol, Truman Capote, Stephen King, Zac Posen, and many more. Aubrey is in the company of great teens to have won this award, and CHS is proud of her amazing accomplishment.

The Gold Key, Silver Key, and Honorable Mention winners' pieces are on digital display in a slide show both at the Church Fine Art Building and the Nevada Museum of Art. Please see both the virtual art awards show from YouTube, youtube.com/watch?v=Q_N6Vch8rso, as well as the list of CHS winners from art, ceramics, and photography, mcusercontent.com/b4dcc5540cc94a723d26cddee/files/55b5430a-e705-4f54-9a66-c7664f14adf4/Scholastic_Art_Awards_2021.pdf.

Please let me know if you have any questions or need me to elaborate on any details by emailing kferrin@carson.k12.nv.us. 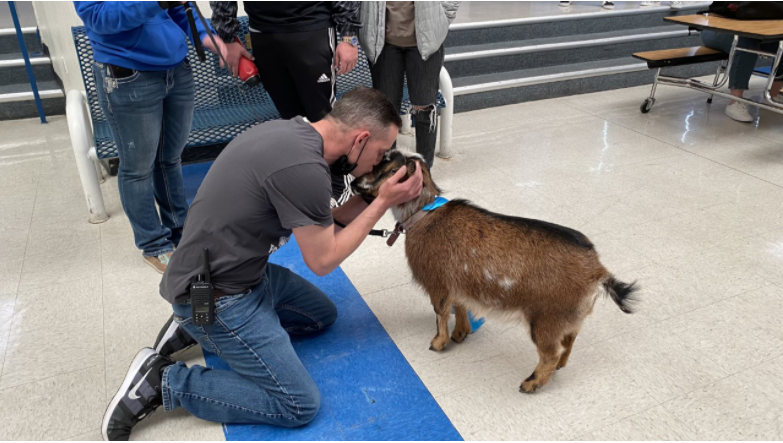 CHS Principal Bob Chambers, in the event sponsored by Future Farmers of America, won the vote and had to kiss the goat.

March 25 and 26 offered two live performances for students and teachers to enjoy: jazz in Senator Square beginning at 7:10 a.m. with the Cohort 1 Jazz Band, and BandFest livestreaming from Senator Square beginning at 4 p.m. CHS teacher and Band Director Nick Jacques said “BandFest featured all students in our Cadet Band, Concert Band, and Wind Ensemble performing together for the first time in over a year.” CHS teachers are so excited to see life beginning to return to normal. 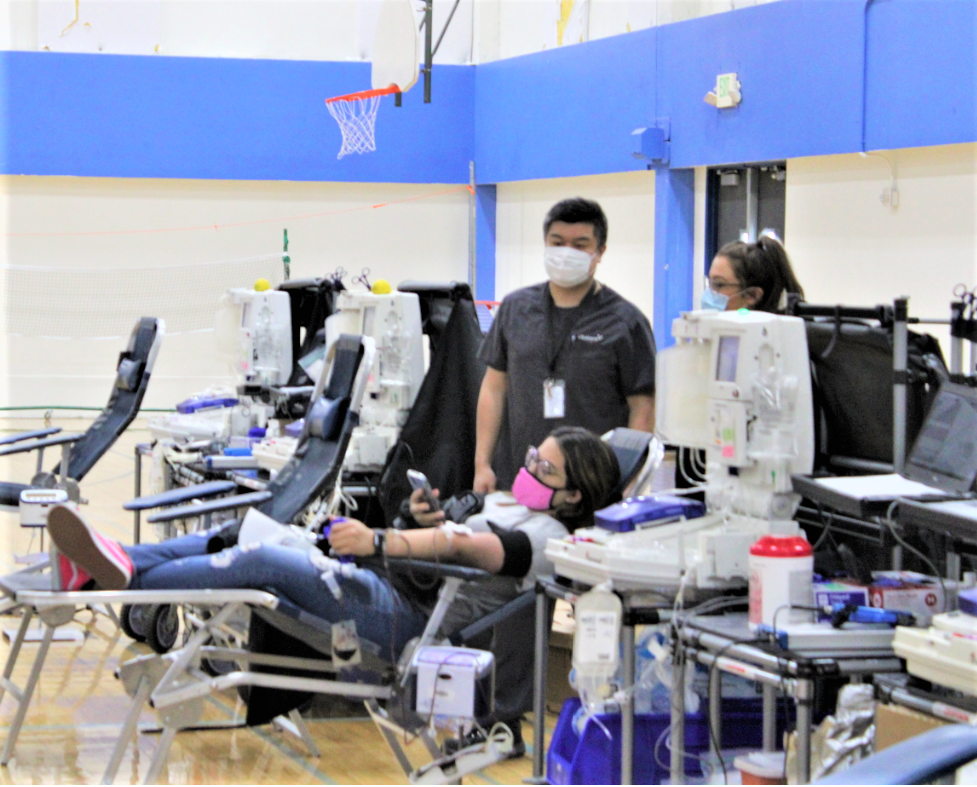 CHS student Izabella  Rosales volunteering to get her blood drawn.

CHS’ National Honor Society hosted its first blood drive of the school year; however, it is open only to staff and students, and an online appointment must be made using a QR code outside the classroom doors of both CHS NHS advisers.

CHS NHS won the Northern Nevada High School Blood Drive Challenge yet again and received a check for $3,000 from United Blood Services. A little known fact about a single blood donation is it will save up to three lives. NHS’ first blood drive this year was March 25 and 26 from 8 a.m. to 1:30 p.m. with medical staff in the CHS Small Gym.

Large numbers of donors are always needed, and donors must be 16 or older. Anyone under 18 must have a signed parent consent form and a picture ID when they donate. Call teachers and NHS advisers Monica Flinchum, 283-1749, or Jennifer Alexander, 283-1720, for information.

Hello to CHS’ current ninth, 10th-grade, and 11th-grade students, along with Carson Middle, Eagle Valley Middle, and Private School current eighth-grade students, from Coach Sheila Story. “I would love for you to join our Cheer Team for the 2021-2022 school year, so if you are interested in trying out, please go to registermyathlete.com, beginning March 29, and complete all the sections of the registration.”

The deadline is April 19 at 7 a.m. Tryouts will take place April 21 through April 24 at CHS. Story added, “We will also send an email through Register My Athlete with tryout information, and we will also be starting a CHS Cheer Tryout Band App where athletes will find tryout cheers, dances, and the CHS School Song to learn, and the coaches will also post weekly challenges to help athletes prepare for tryouts.”

Students and parents, send Story an email, if interested, at sstory@carson.k12.nv.us, or call her at 720-9583 with any questions. At this time of great need for safety, good health, and well-being, please stay at home, drink plenty of water, wash hands frequently, do not touch the eyes, and wipe down all surfaces.

PAINT THE ‘S’ ON STEWART HILL

The Nevada Indian Commission is in the process of setting up a couple of days over Spring Break to repaint the "S" for Stewart, and they are looking at March 31 and April 1.

“I believe the Honor Society was going to do a service project before COVID happened, and I will keep you posted as the dates become finalized and more information becomes available,” said Native American Education Lead and Bordewich Elementary teacher Aaron Thacker.

Please email him at athacker@carson.k12.nv.us, or call him at 283-2464 for information. See the email below from Thacker about a volunteer opportunity to help re-paint the “S” on the Stewart hill. This will also be a perfect way for Nevada Promise Seniors to acquire some volunteer hours.

The Governor’s Office of Science, Innovation and Technology, and the Nevada Department of Education, are holding two design contests and inviting all Nevada students to create the image for the official State Seal of STEM to be used on high school diplomas.

The deadline is March 30, and reach out to Nevada Department of Education Standards and Instructional Support’s Andrew Snyder at asnyder@doe.nv.gov for more information about each contest, including image requirements, disclaimers, and prizes, and visit docs.google.com/forms/d/e/1FAIpQLSdSXWtoU-mirpvE1bKflpVcTkcibrSTqN3xI9HkEsMXgAXkEQ/viewform or docs.google.com/forms/d/e/1FAIpQLSfVecF5Fh8cp9IGdW9JkwwsjrufLNQC1z7xnTvvLgHhAeR6Jg/viewform.

Know a teen who could use a lesson on how much “Adulting” really costs? Money does not grow on trees or spontaneously appear in Mom and Dads’ wallets.

Celebrate Financial Capability Month in April by having students attend the GNCU virtual budgeting simulation. The General Public Virtual Bite of Reality takes place April 7 from 3:30 to 5 p.m. Event registration is open to the general public, and a GNCU membership is not required.

Bite of Reality is a hands-on application based simulation to give teens a taste of real-world financial realities. Teens are given a fictional occupation, salary, credit score, spouse and a child, student loan debt, credit card debt, and medical insurance payments. The teens will then have the chance to “purchase” housing, transportation, food, clothing, and other needs.

Students will get to interact with GNCU staff and ask questions throughout the activity. This interactive activity will teach teens how to make financial decisions and give them a better understanding of the challenges of living on a budget. Teens may have to deal with a pushy “car salesperson,” a commission-based “realtor,” and weigh their wants versus their needs. There’s even a “Fickle Finger of Fate” to give the students unexpected “expenses” or “windfalls” just like in real life. Materials needed and registration for the event: app.smartsheet.com/b/form/b3d5d77ce22541c69ab8259c3f5c5d51, Smart Phone/Smart Device to download the free Bite of Reality 2 application from the app store. PC/laptop/tablet to log into Microsoft Teams, where the virtual simulation will be held.

ATHLETE IN THE SPOTLIGHT 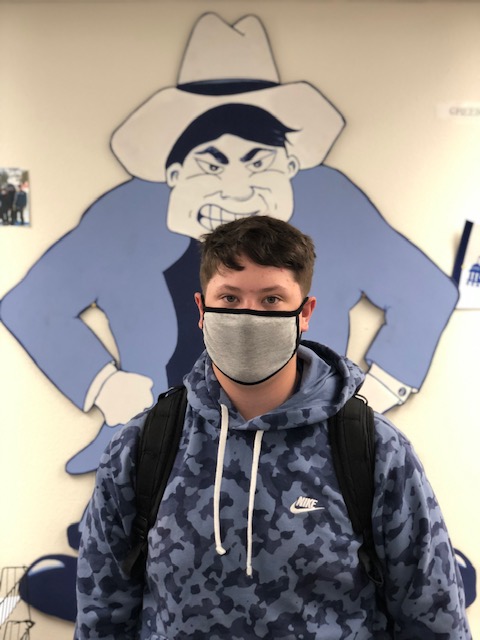 CHS Athletic Department’s Athlete of the Week is Tyler Palmer for Varsity Boys Tennis. These athletes, and all students who participate in school functions through leadership, clubs, and sports, deserve a high level of recognition and congratulations. 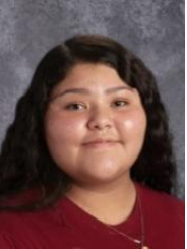 Nominated by CHS Language Arts and English Language Learner Site Designee teacher Lori Shine, who said about Ximena, “She has been working extremely hard to get her classwork and grades completed.”

Employees within Carson City School District nominate the CHS Student of the Week, and it is often the students’ teachers who do the nominating though anyone in the district may do so by sending an email to pbrady@carson.k12.nv.us.

Shine went on to say, “Ximena shows up to Solutions every day and spends her time getting caught up from missing so much school; she is a fantastic role model for any struggling student who thinks they cannot work hard and get back on track to graduate.”