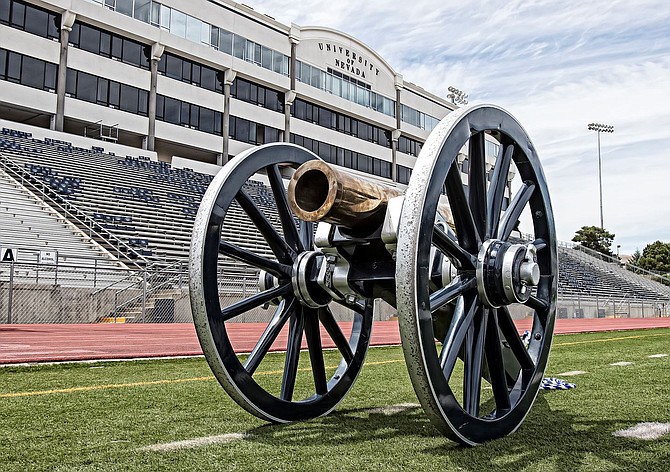 The coveted Fremont Cannon trophy. Photo courtesy of the University of Nevada, Reno