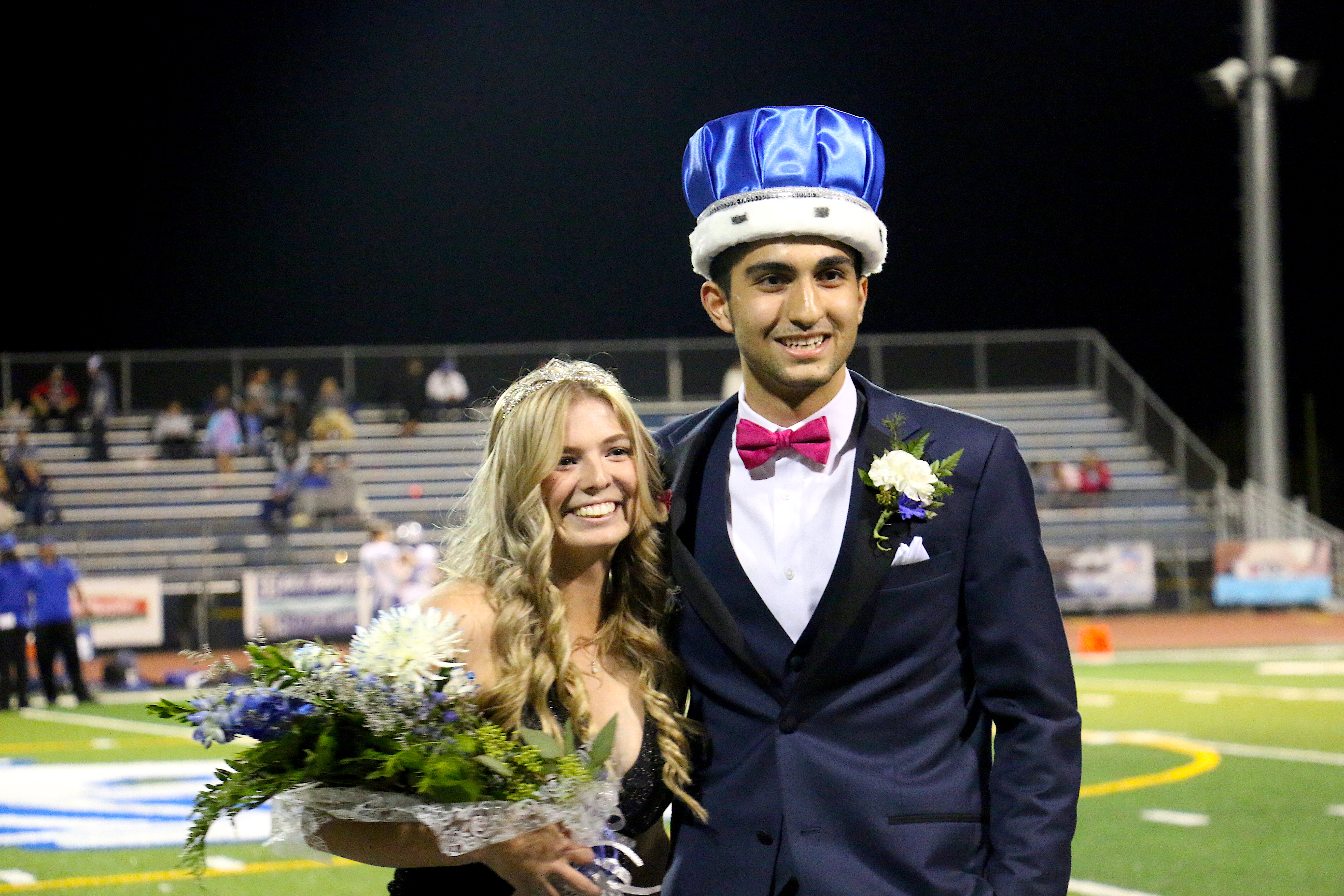 Carson High School crowned Parsa Hadjighasemi and Caydee Farnworth Friday as the 2021 homecoming king and queen, and both agreed it was good to get back to normal this year. 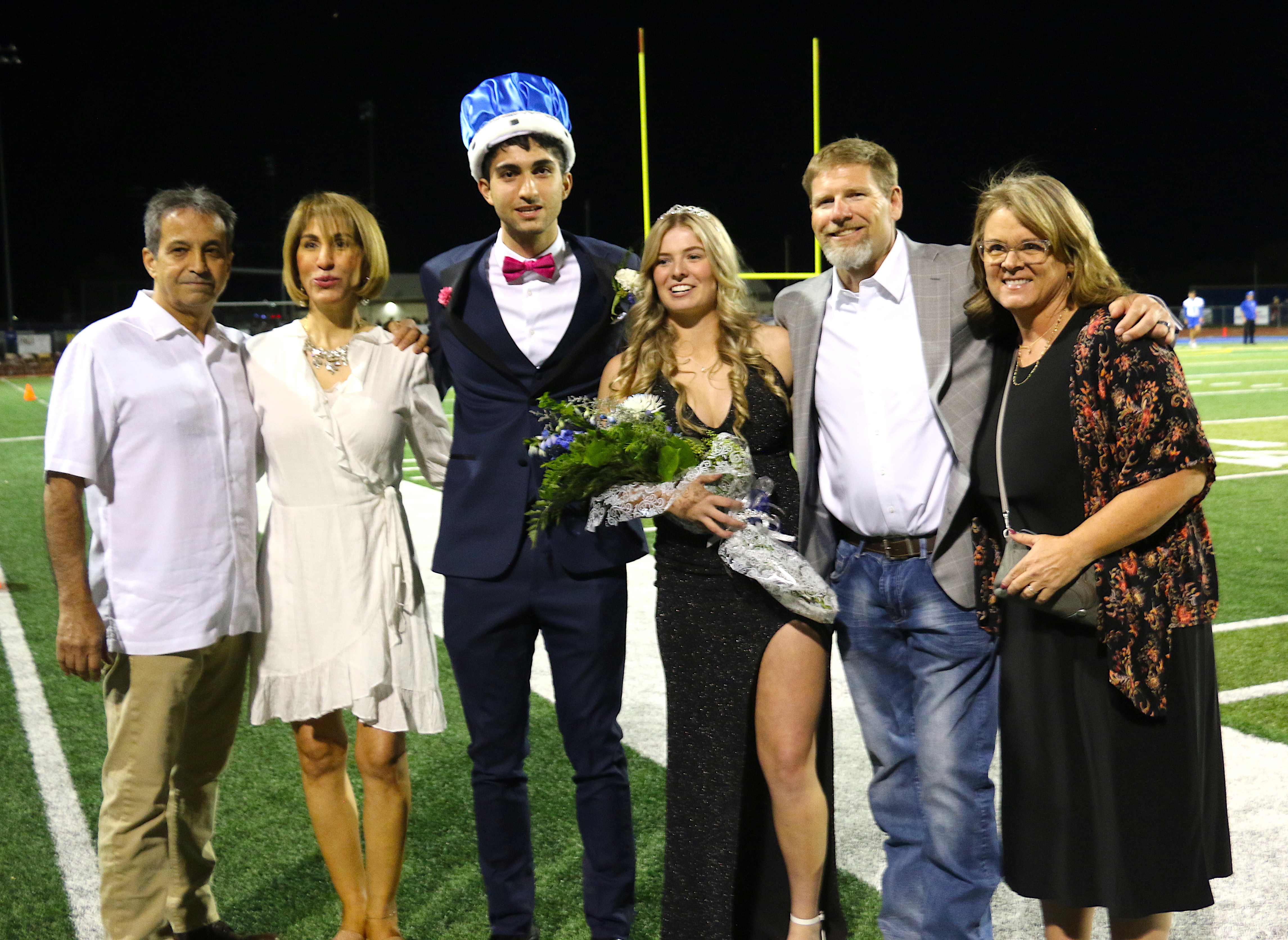 Homecoming king Parsa Hadjighasemi, center, stands with his parents, Fraser and Ashley Hadjighasemi, with queen Caydee Farnworth, along with her parents, Cody and Carla Farnworth, Friday after the Carson High School students had been crowned at the home game against McQueen High School. Jessica Garcia/Nevada Appeal 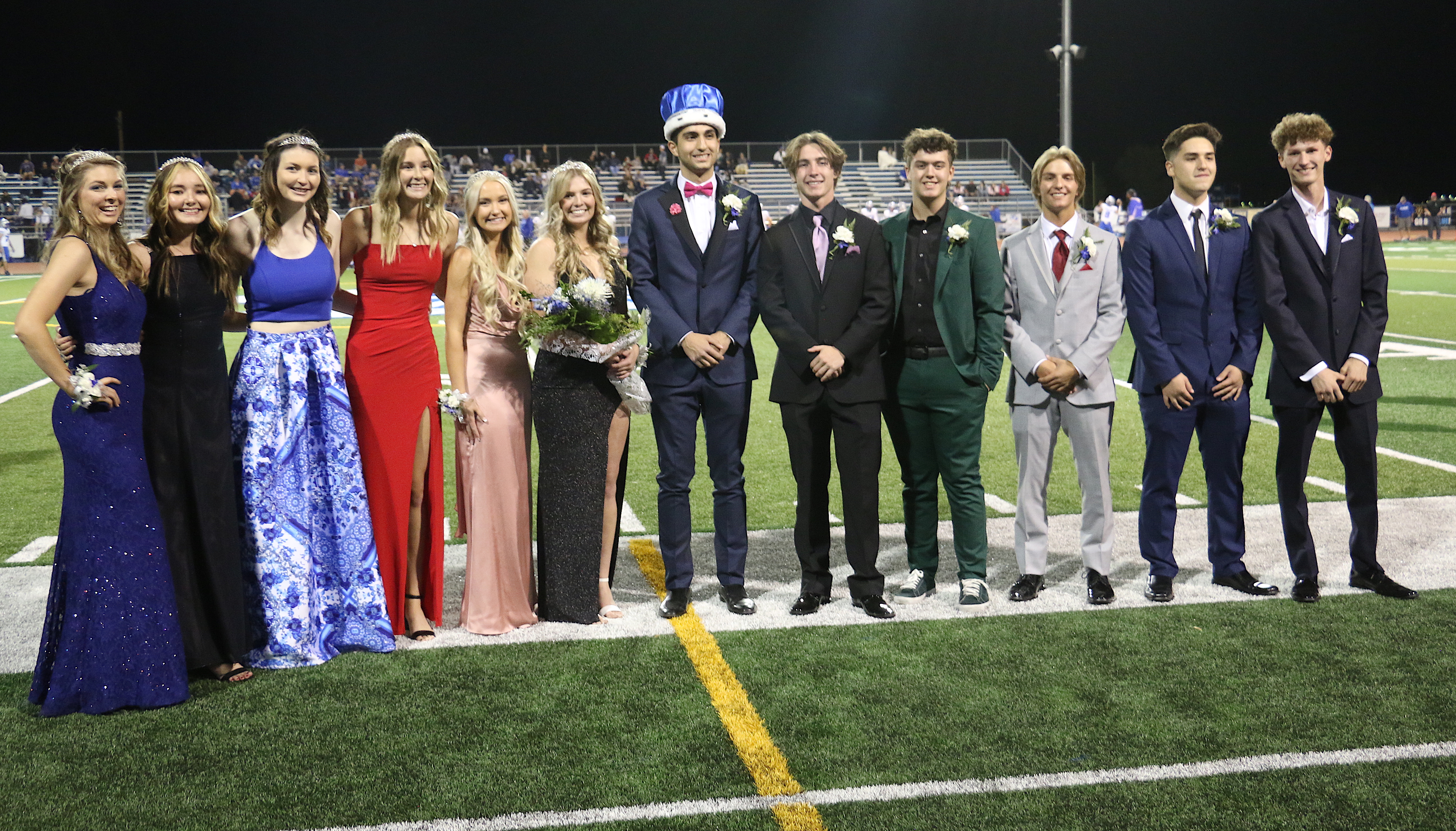 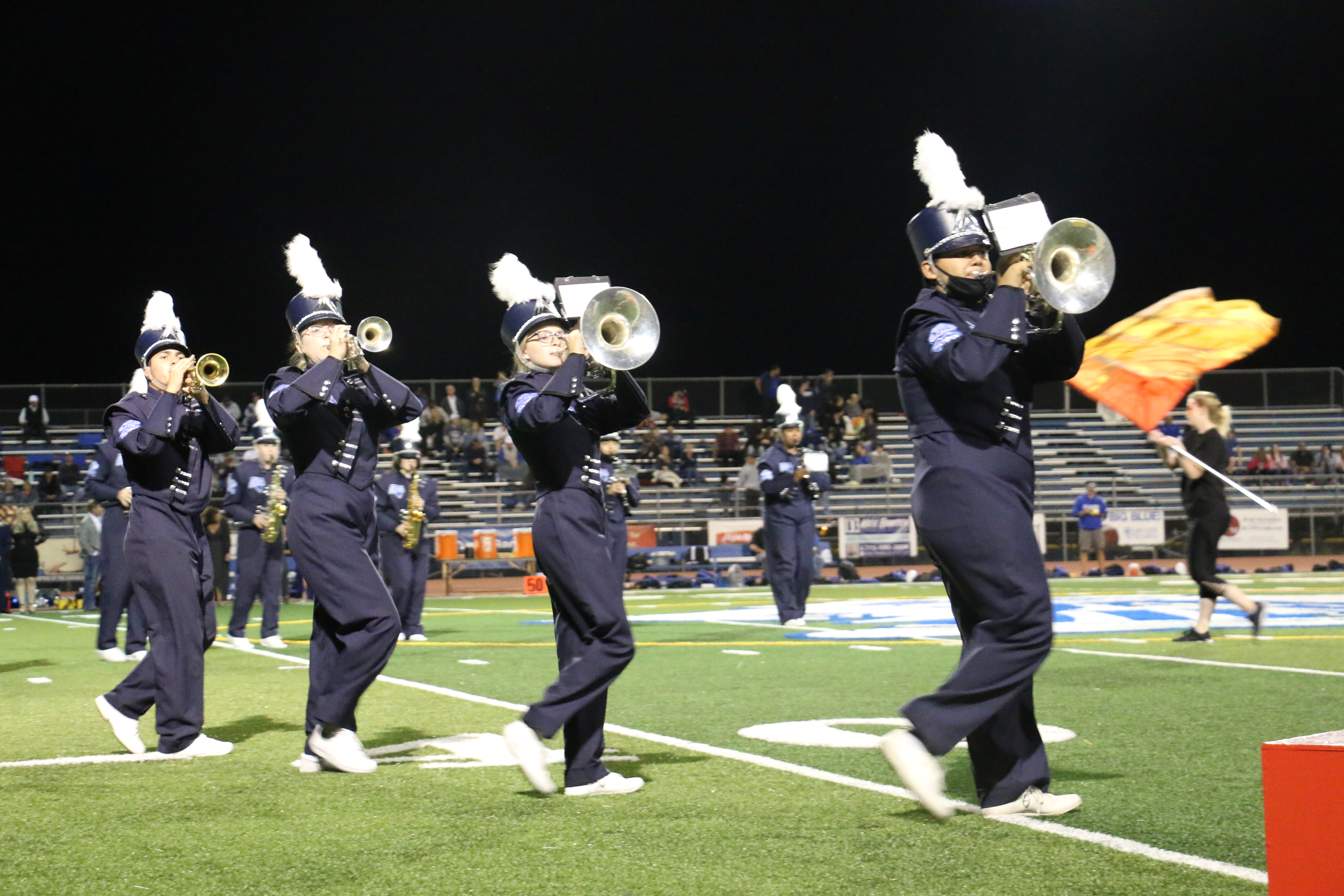 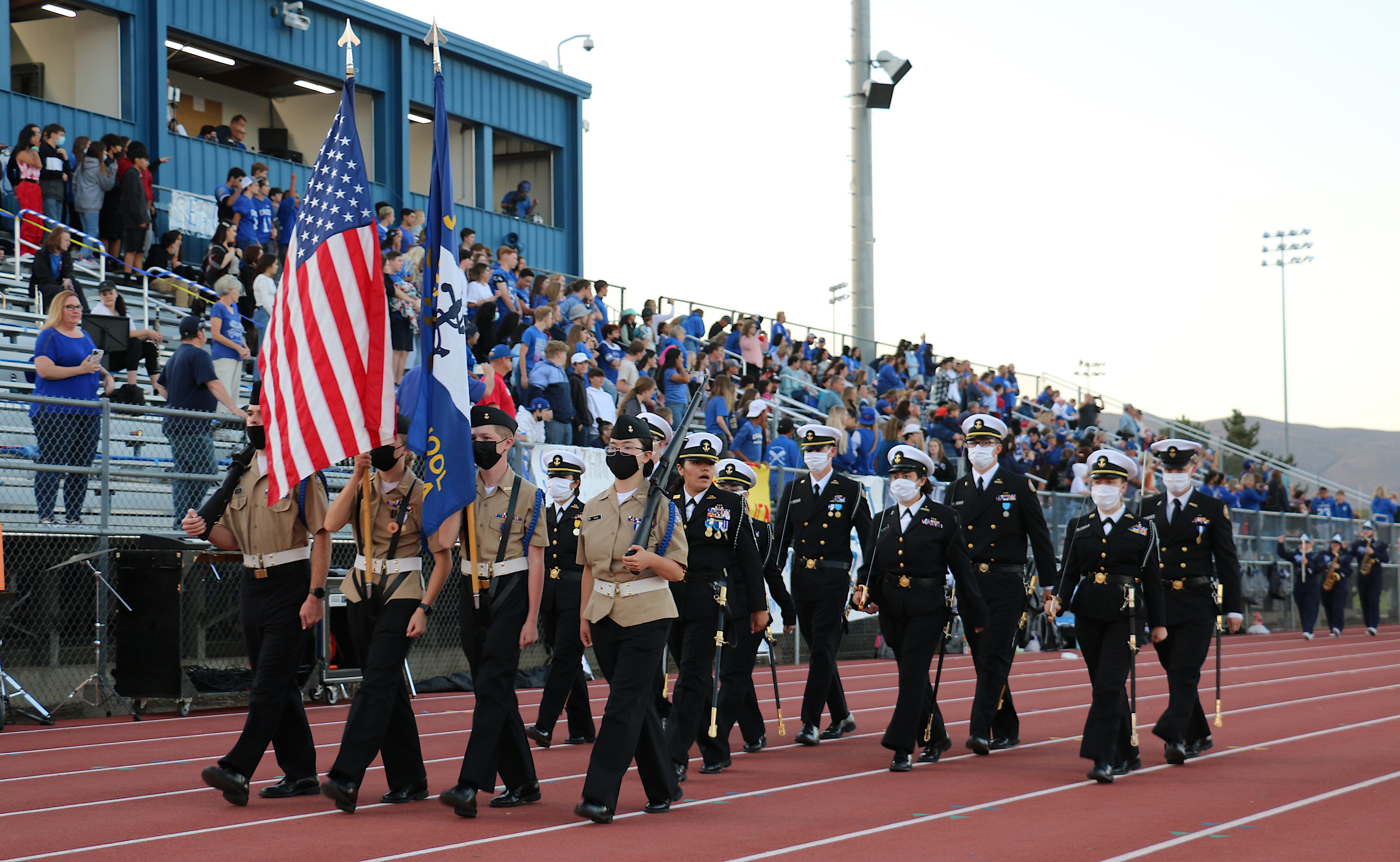 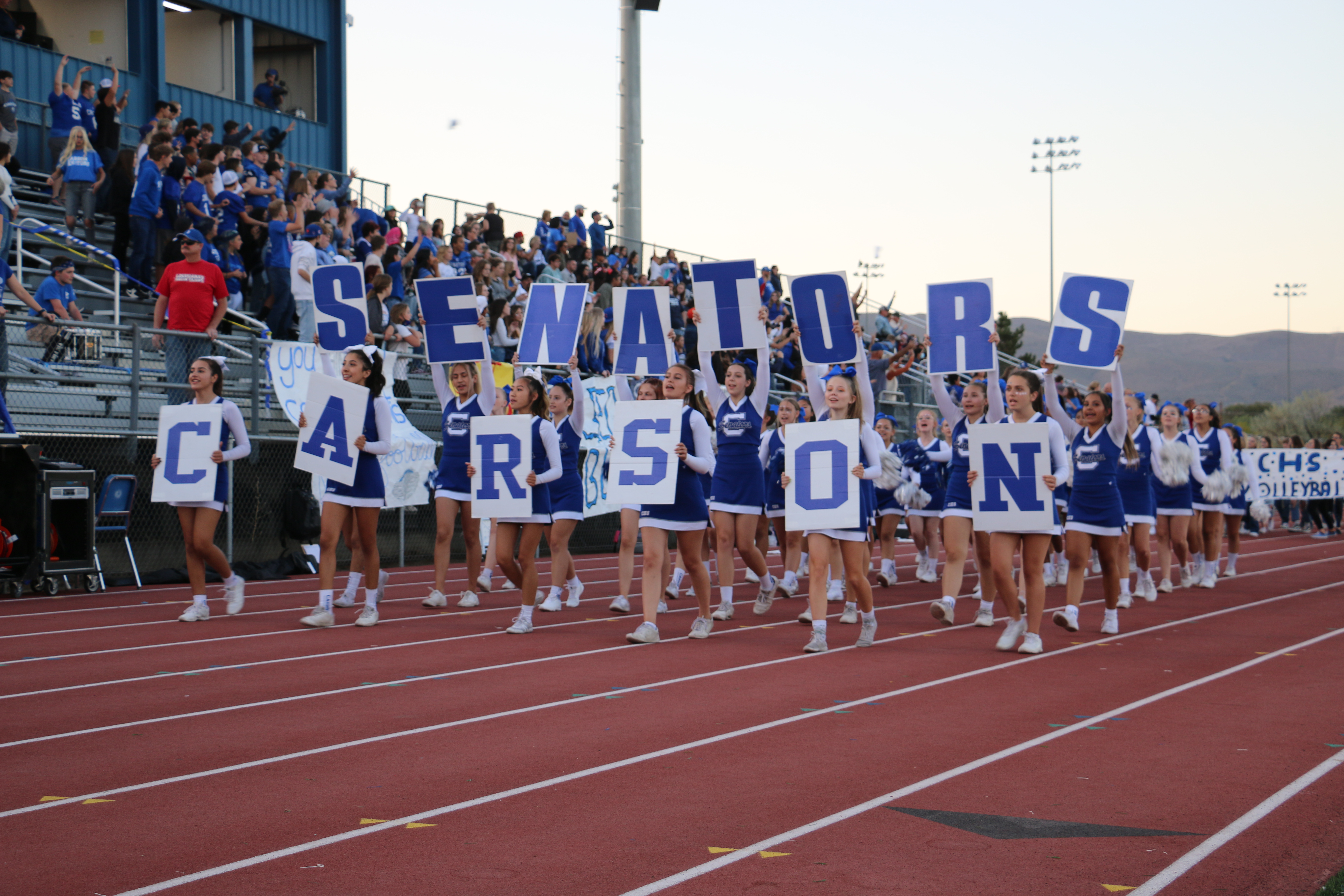