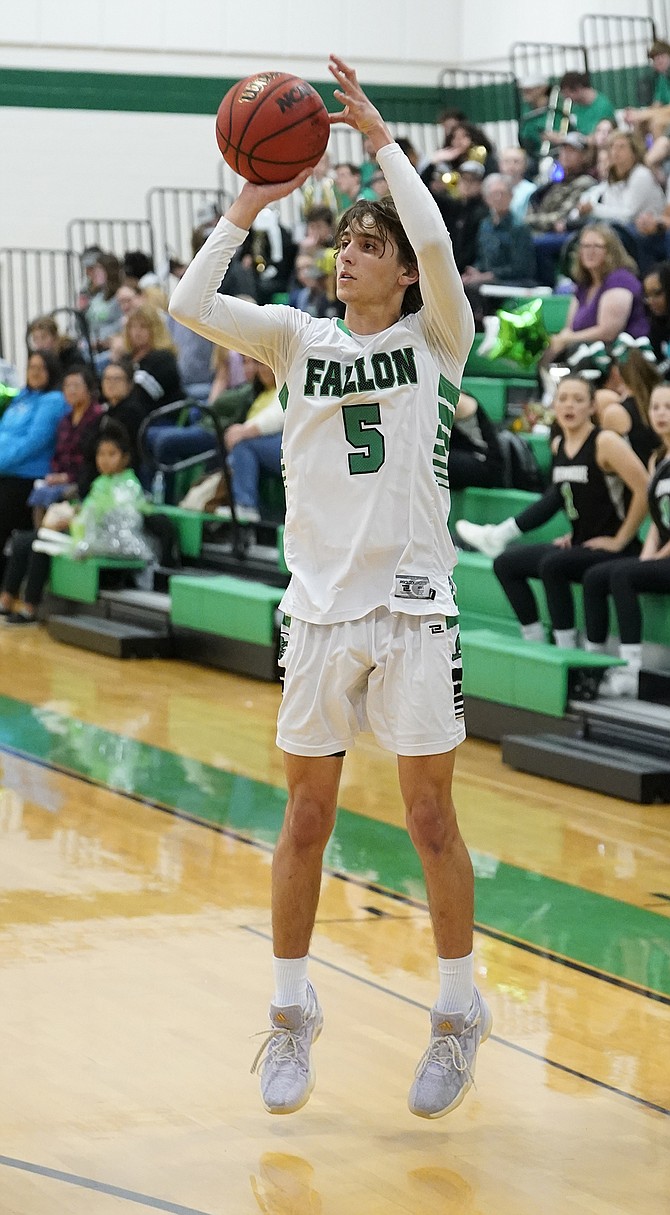 Fallon’s Brady Alves and his teammates will face the 3A West’s top team in the regional tournament quarterfinals on Thursday.
Photo by Thomas Ranson.