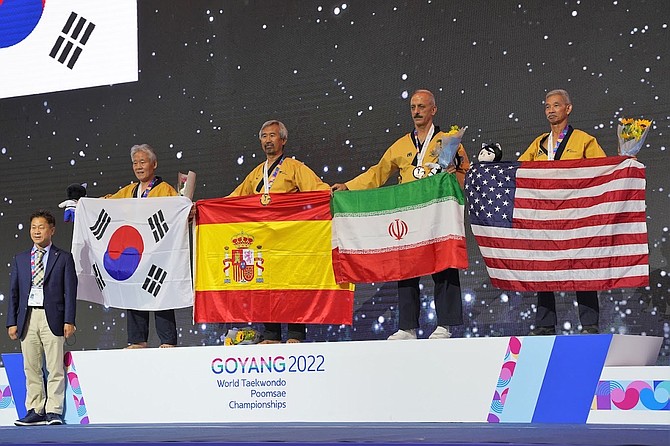 Carson City’s Chi Duong took bronze in the 65-over age group at the World Taekwondo Championships in Korea.

By Ron Bliss Special to the Nevada Appeal