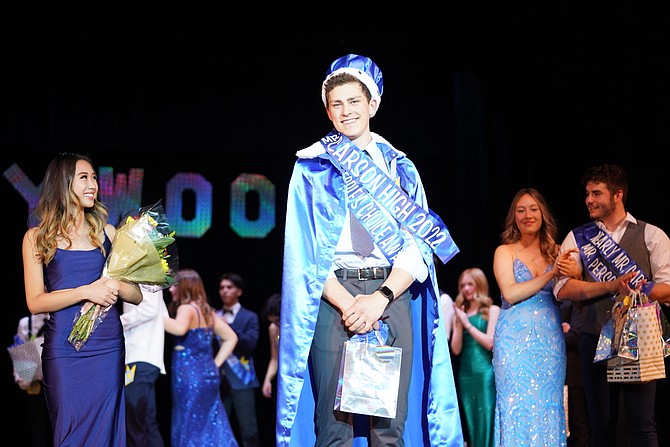 The pageant theme was “Hollywood” and consisted of onstage questions, a swimsuit competition, a talent portion, a formal dance and team choreographed dances. The event takes weeks of planning and numerous volunteers to pull off. All proceeds from ticket sales and community sponsorships go toward the cheerleading program at Carson High School.