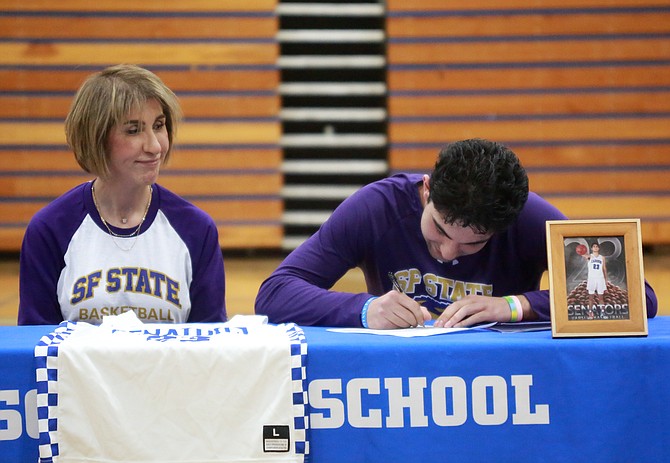 
(Carson’s Parsa Hadjighasemi takes off his jacket to reveal his decision to play basketball at San Francisco State next season. / Carter Eckl)