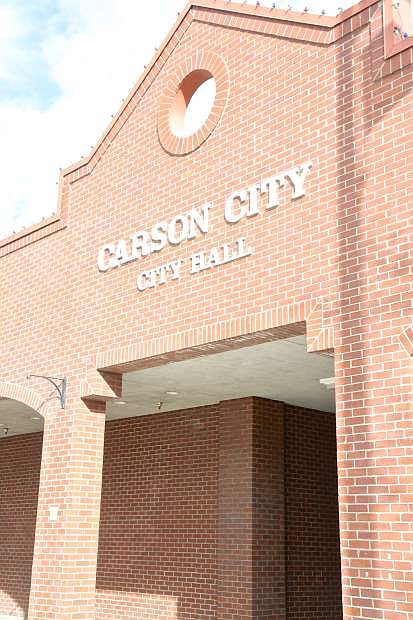 “I am pleading,” Will Adler, representing Green Thumb Industries, said at one point. “This will be a fine business wherever it ends up.”

Green Thumb, which owns the RISE dispensary in south Carson and holds an additional license for the area, proposed two zoning options. The first would allow medical dispensaries and retail stores as a conditional use in the retail commercial zone as well as open all general commercial and general industrial zones to the same use. The second option proposed marijuana shops be allowed as a conditional use in retail commercial but with specific boundaries. This option also proposed expanding the range where marijuana shops could be in the general commercial zone.

After statewide legalization of recreational marijuana in 2016, Carson City limited the number of retail shops to two and used the zoning location requirements from a 2014 ordinance. That ordinance focused on medical dispensaries at the time and required a special use permit for medical outfits. The special use requirement was later extended to retail shops.

On Sept. 15, the Board of Supervisors approved expanding the number of retail establishments from two to four to match state law but did not change the location requirements.

Adler said his client can’t find property for a new shop in the existing zoning areas. The company, based in Chicago, doesn’t want to open a second location right next to its current store, Adler said. He said GTI has been a good partner in Carson City, and that the Board of Supervisors voted for more shops in what he called “a continual process” for a new industry.

According to Adler, GTI must show the state Cannabis Compliance Board significant progress on its additional license by Feb. 5, 2023.

“Carson City could have four dispensaries,” Adler said, arguing additional zoning is needed for another license to be successful.

Planning commissioners were sympathetic but agreed with planning staff, who had recommended denial, that the applicant hadn’t provided enough justification for a code change. The question remained if pot shops would be incompatible with existing uses in expanded zoning areas.

Commissioner Teri Preston said the commission should look at the difference between retail commercial and general commercial in the future.

Commissioner Paul Esswein agreed that city code could be reviewed in the future but not “with one business in mind.”

“There’s no compelling reason to change zoning,” he said.

During public comment, Carson resident Deni French said the commission was being asked to hurry through zoning changes while the marijuana industry still faces unknowns.

“Having a license doesn’t give you license to just build where you want,” he said.

Commissioner Charles Borders said no one was questioning whether GTI has been a good community partner. Borders said the Board of Supervisors has been sending mixed messages – that businesses shouldn’t be restricted but that zoning changes must go through a master plan process.

Wiggins agreed with Adler that current zoning is too restrictive. He said the special use permit process, required for a conditional use, is specific to each proposed location and addresses any neighbors’ concerns at the time of project review.

The commission’s recommendation of denial will now go to the Board of Supervisors, which is authorized to amend code.