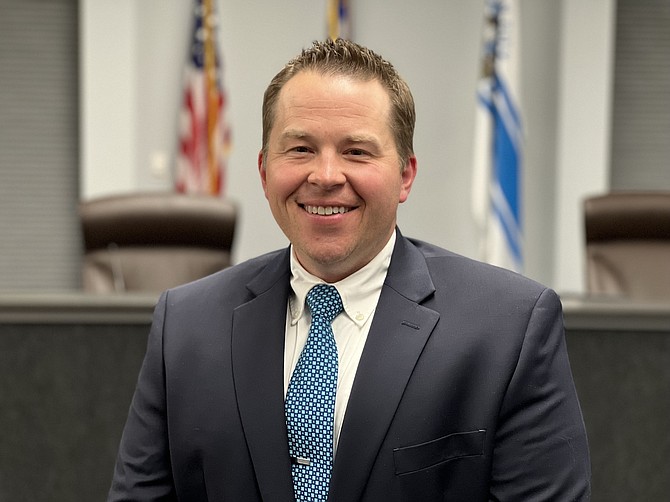 The Carson City School District Board of Trustees has adjusted its process for completing its year-end superintendent evaluation for the 2022 calendar year.

The board took action this month and removed two of its 11 performance standards in evaluating Superintendent Andrew Feuling. His score will be adjusted pro rata so his overall rating will not be affected negatively, and trustees amended the original motion to reflect this change during the meeting Nov. 21.

Feuling, who became superintendent July 1, has not yet had six months to fulfill some of the standards for the evaluation, trustees argued. As they examined the evaluation, they felt he will not have had sufficient time to be weighed on student achievement, which examines his ability to set and communicate to the board specific, measurable, achievable, relevant and time-based, or SMART, goals on improving student achievement as set forth in graduation rates and results from the Smarter Balanced Assessment Consortium, Measures of Academic Progress, American College Testing college admissions exam and end of course exams students are expected to take and by which schools record their standardized testing and most superintendents are held accountable for after at least a year of experience in their position.

Carson City school board members also withdrew for Feuling the educational program and curriculum planning development standard, which holds the superintendent responsible for implementing and monitoring state-mandated curriculum and testing changes within the district, assessing student progress and including faculty and stakeholders in enhancement and renewal of the district’s curriculum in its instruction.

Board President Richard Varner reminded the public a committee has been appointed as part of the process of assessing and modifying the form.

The motion to approve the changes was made in a 7-0 vote.