Senators headed to tourney for second year in a row 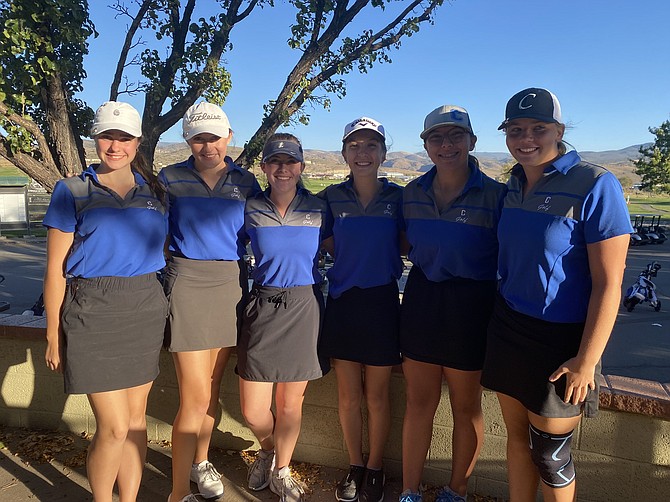 For the second time in as many years, the Carson High girls golf team is headed to the Class 5A state tournament.

This season, the Senators didn’t have one golfer leading the way, but rather consistency across the board.

While Carson didn’t have an individual finish in the top 10, the Senators did have five golfers inside of the top 25.

“I’m really proud of us. Last year, we had Sarah (Wiggins) helping us through it for the most part,” said Rhianna Redwine. “This year, I felt really good about how we played.”

Redwine, along with four of the other five members of Wednesday’s regional team, are juniors while Ellah Olson is the team’s lone senior.

Jaime McGee and Kylee Wentz were the top two scores in the clubhouse for the Senators as McGee posted a 93-91–184 while Wentz put together an 89-98–187.

Madeline Roberts posted a 187 as well, shooting a 97 on the first day before posting a 90 on day two.

As a team, Carson finished with a score of 759, taking third.

This year, the regional tournament was held at two golf courses over the two-day event.

Tuesday, the tournament opened at Dayton Valley Golf Course before finishing on the Senators’ home course of Eagle Valley East.

“It was definitely a challenge since we’re not so used to Dayton,” said Wentz.

“We were thinking we could make it to state, but it wasn’t a guarantee,” added Roberts. “So being able to say we did is really cool.”

Redwine, Madeline Silsby and Olson were all in the 20s as individuals for the Senators.

Opening at Dayton was a challenge for a majority of the regional competitors as scores dropped consistently among the competition Wednesday at Eagle Valley.

“Our scores have improved a lot since the beginning of the season,” Wentz said.

Originally day two of the regional tournament was supposed to be on Eagle Valley’s West Course, which is the more challenging of the two, but was moved to the East Course prior to starting play.

“Our coach had us go out on the West Course to play a few holes, especially the harder ones,” said Silsby.

Silsby and the rest of the Senators felt their biggest growth over the season was in their steadiness on the course and ability to keep longer shots straight, setting up easier approach shots.

The Class 5A state tournament will be close by at Toiyabe Golf Course in Washoe Valley, starting Tuesday.

None of the Senators said they had much experience with Toiyabe, but Carson will have a few days to learn some of the finer points to the last course of the season. 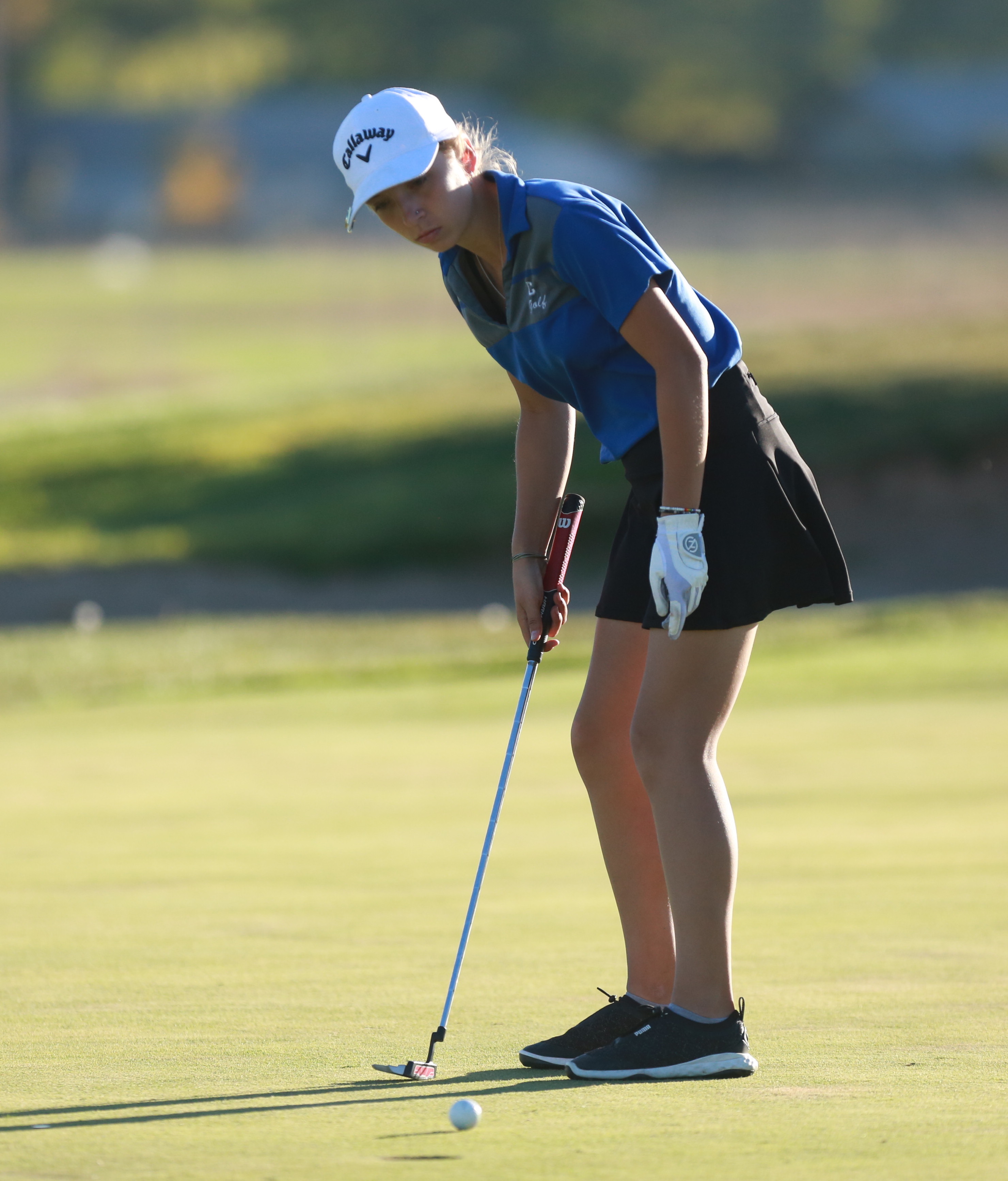 (Carson High’s Kylee Wentz watches her putt on the 18th green track toward the hole during the second day of the Class 5A regional golf tournament. Carter Eckl / Nevada Appeal)