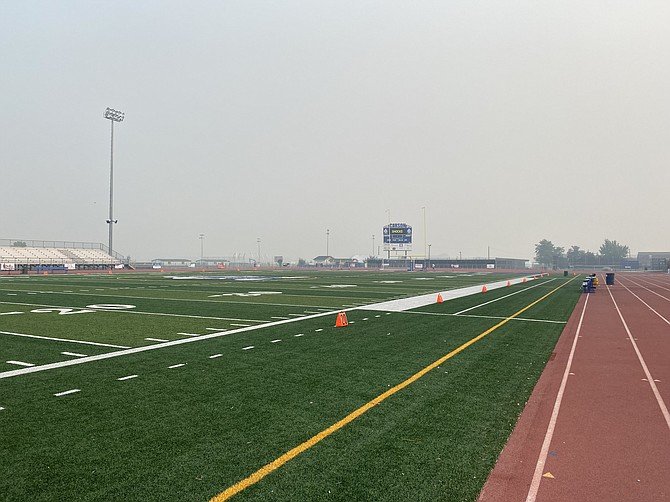 A look at the smoke over Carson High football field. Both Carson and Douglas had to postpone their homecoming football games due to air quality.
Photo by Carter Eckl.