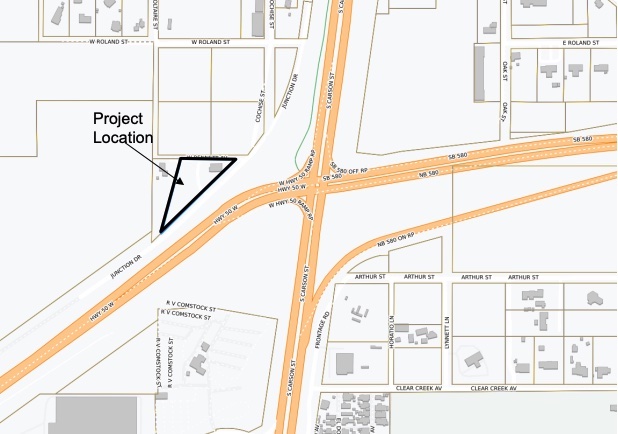 A map from the city planning division shows the location of the proposed dispensary near the intersection of highways 50 and 395.