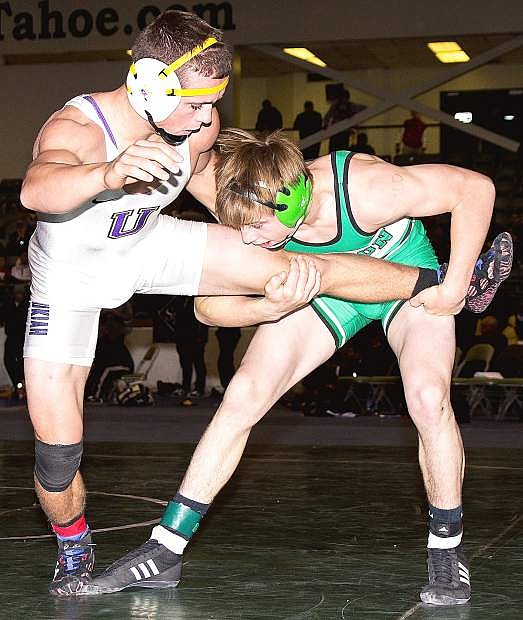 Fallon&#039;s Sam Goings avenges two earlier losses by defeating Ukiah&#039;s (Calif.) Joey Gradek by injury default after leading 7-1 late in the second period of the fifth-place match of the Sierra Nevada Classic on Tuesday at the Reno-Sparks Livestock Events Center.