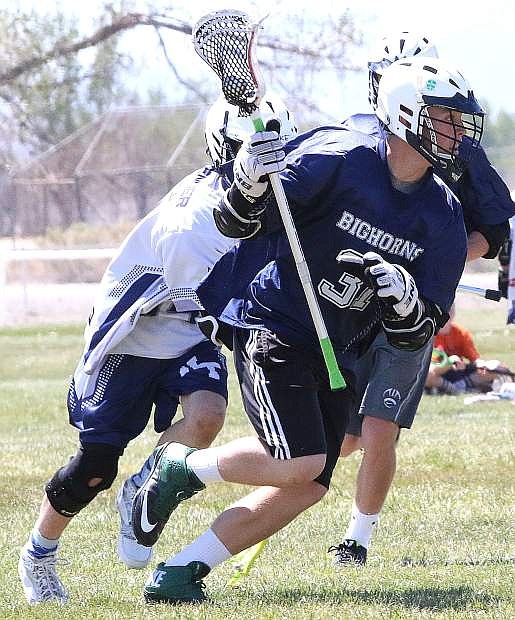 Bighorns lacrosse player Trent Thorn drives past a North Tahoe defender during Oasis&#039; 12-2 win on Saturday. The Bighorns play in the under-15 state tournament this weekend as the North&#039;s No. 1 seed.