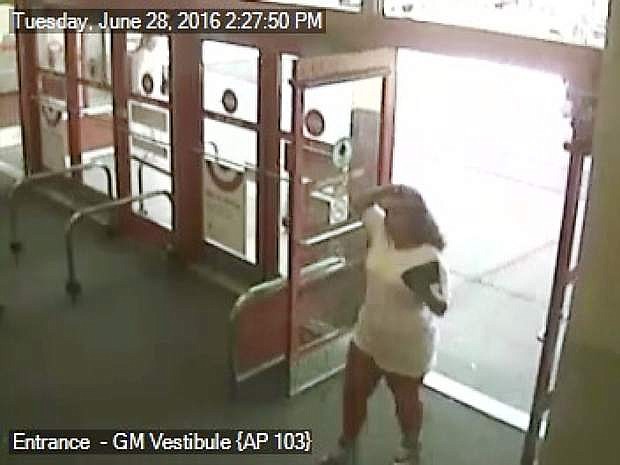 A woman seen entering the Target on June 28 is a person of interest in the theft and use of credit cards.