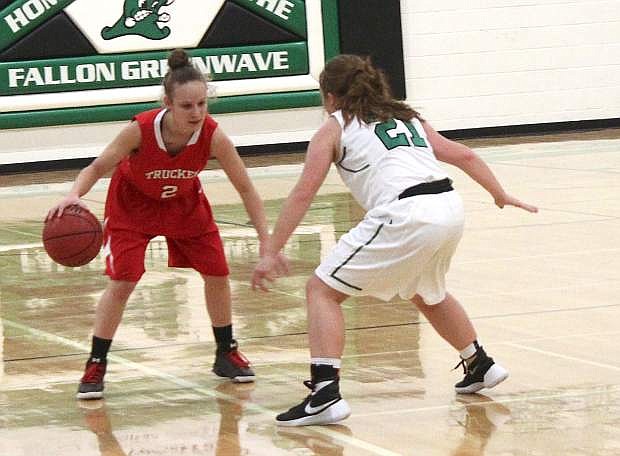 Zoey Swisher, right, blocks the path of Truckee&#039;s Tommie Jespen during a game earlier this season.