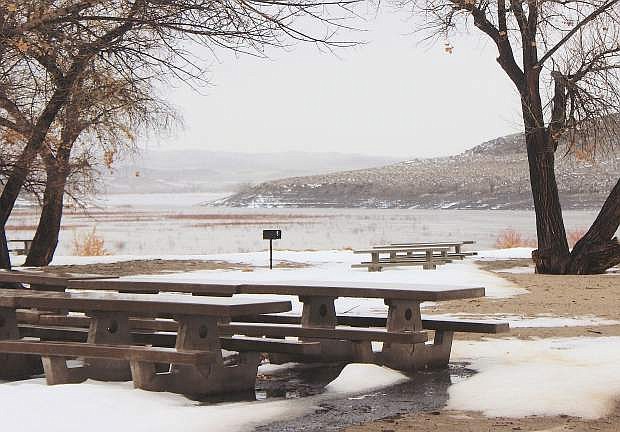 A view from the Silver Springs beaches shows an increase of water in Lahontan Reservoir on Sunday.