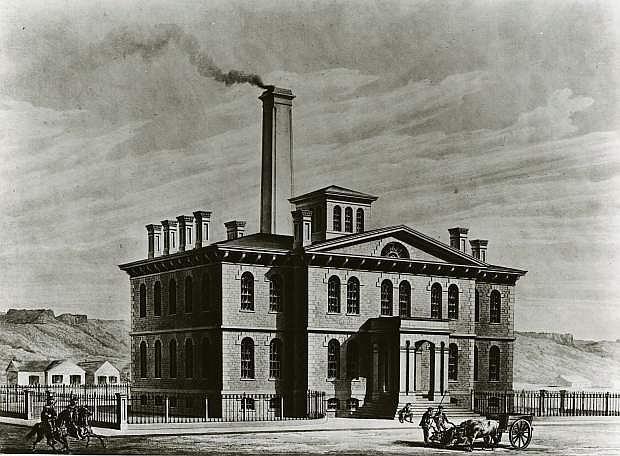 A drawing of the U.S. Mint, now the Nevada State Museum, whose first stone was laid in 1866.