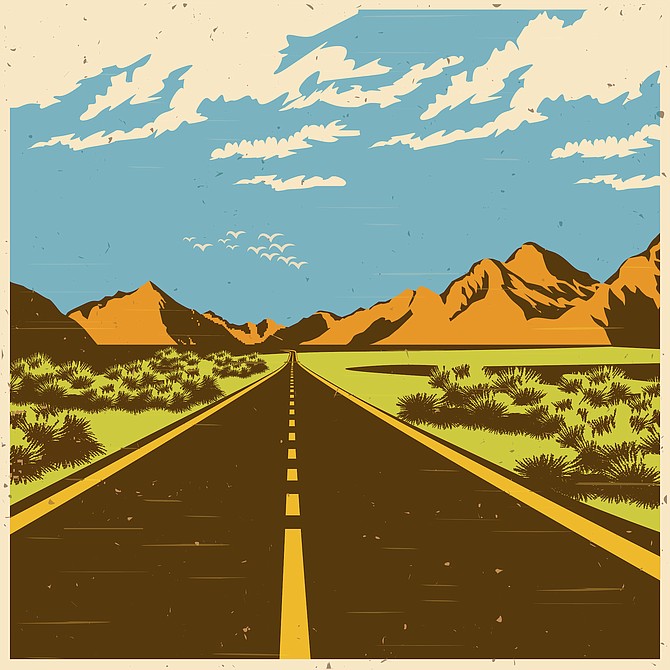 Nevada's smaller markets and rural communities are in varying degrees of rebounding from the COVID recession.
Getty

When the coronavirus pandemic shut down Nevada, the economic shocks many monitored were the reverberations in its urban centers. One end went largely dark due to its dependence on tourism (Las Vegas-Henderson), while the other corner of the state kept far more lights on thanks to its diversified economy (Reno-Sparks).

In-between and east of those regions, however, are vast amounts of land, where the Silver State’s smaller markets and rural communities are in varying degrees of rebounding from the COVID recession.

SIERRA REGION ON THE UPSWING

Ten months later, Hooper is confident the region will avoid a double-dip recession and instead continue on a V-shaped recovery.

“I think we did a ‘V’ and we’re coming back up,” Hooper said in a recent phone interview with the NNBW. “And I think our ‘V’ was shallower then most. Our unemployment rates are dropping, and all indicators show that we’re coming back up pretty strong.”

Hooper said the region has been anchored by its manufacturing, agriculture and mining sectors, which “continue to pump right along” amid the pandemic.

“Overall, I think our economy’s doing pretty good and it’s going to bounce back faster,” Hooper said. “And that’s a testimony to the diversification program that we’ve had over these last many years.”

All the while, Hooper said the pandemic has driven NNDA to increase its efforts on attracting companies in sectors it sees accelerating their growth in the COVID era.

“We’re really focused on health technologies and conservation economics,” Hooper said. “Those kinds of businesses that are involved in promoting health and preserving health are in demand. And those types of industry that promote favorable climate initiatives are also going to be in demand.

“I find that both of those issues tend to be what I call ‘purple’ issues. I don’t think anybody’s arguing about them, and I think it’s because the market demand is so strong.”

Zooming in on Carson City, Ronni Hannaman, executive director of the Carson City Chamber of Commerce, said restaurants in the state’s capital continue to bear the brunt of the governmental COVID-19 mandates.

“… There is no good proof the continued spread of the virus emanates from these establishments who have been working hard trying to keep their premises cleaner than clean,” Hannaman said in an email to the NNBW. “They just can’t make it on take-out and 25% capacity limits. Some restaurants have closed or temporarily closed as a result.”

Echoing Hooper, Hannaman said manufacturing, for one, has not been slowed down by COVID.

“Manufacturing has been robust and continues to seek employees,” she said. “Many manufacturers are busier than they have ever been.”

STABILITY IN THE EAST

Case in point: as of November 2020 (the most recent month statistics were available at the time of this story’s writing), the NNRDA region’s four counties — Lander, Eureka, Elko and White Pine — all had an unemployment rate under 4%.

“It has drummed up a lot more interest in our area,” said Mudd, noting the lack of social unrest and ease of permitting are two attractors, among others. “We’ve seen inquiries double this year from last year, and that’s during the pandemic.”

Unlike Reno-Sparks, which is seeing an influx of California companies move in, Mudd said most of the companies showing interest in NNRDA’s region are firms from the East Coast looking to expand out west.

Specifically, Mudd said they are businesses interested in the area’s raw materials — from hemp to lithium.

“Now,” he continued, “nobody’s making decisions because everybody’s monitoring the geopolitics and so forth, and that’s fair. But, for us, there’s a lot of promise because we have people interested and are looking at our region as a potential business development opportunity.

“Naturally, that gives us an optimistic outlook.”

There are issues, however, that may slow economic growth in the state’s rural communities.

“I think industry wants to move to a lot of rural areas because of the quality of life and open space, but there are a couple issues,” said Sheryl Gonzales, executive director of the Western Nevada Development District, which is composed of seven counties and five cities in Western Nevada. “One is there’s not a lot of commercial space for these folks that want to move here. And the biggest issue is the lack of broadband, and that not only impacts businesses wanting to move here, but also the workforce.”

Notably, the WNDD, which works in regional collaboration with public and private entities to foster an environment for economic development, is one of more than 500 such districts throughout the U.S. designated by the U.S. Economic Development Administration.

Gonzales also feels the region’s and state’s recovery will be linked to distribution of the COVID-19 vaccine and “when people feel safe again.”

She anticipates the pandemic has sped up the fourth industrial revolution, and more artificial intelligence and automation will be folded into how companies operate. Not to mention, many people who started working from home during the pandemic will continue to do so post-pandemic, she said.

“The training and pivoting the workforce to a new way of doing business will be super important,” she said. “We can anticipate that types of jobs will change. And a lot of change will factor in how we can prepare for the next economic shock; so what we are doing now will prepare us for the future.”