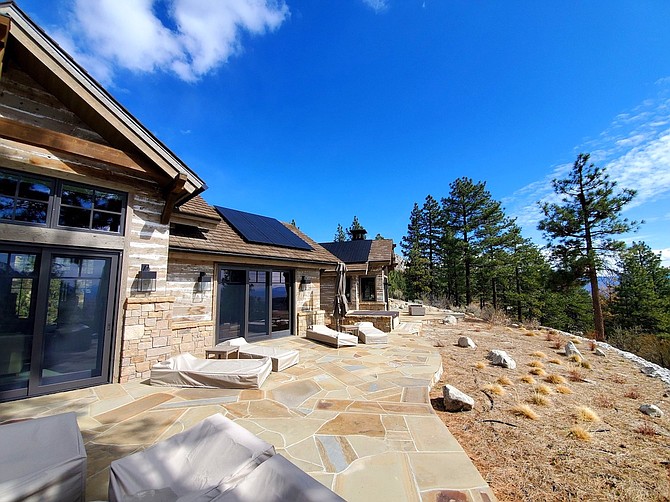 “We got afraid like everybody else, and thought, what’s going to happen?” said Dickson, noting the company laid off most of its 20-person staff when COVID business impacts took hold nearly a year ago. “We were kind of preparing for the worst.”

So was the solar industry nationwide. The pandemic was initially disruptive as door-to-door marketing became much more difficult.

Residential solar installations were down 23% sequentially in the second quarter of 2020, largely due to shelter-in-place orders that imposed restrictions on selling and installing systems, according to a report from the Solar Energy Industries Association (SEIA) and Wood Mackenzie, a renewable energy advisory firm.

Consequently, back in June, Wood Mackenzie forecasted that distributed solar would experience a 31% decline in 2020.

In Q3, however, something unexpected happened: Simple Power’s phones began to light up. Suddenly, the company’s outlook got a lot sunnier.

“The phones just started ringing again and it just kind of went off the hook from there,” Dickson said.

So much so that the Reno-based solar energy company — which serves the greater Reno-Tahoe region — ended 2020 with a million dollars more in sales than it projected, generating $4.9 million in revenue for the year, Dickson said.

Why the surge in demand? Solar panels and battery systems, Dickson feels, had renewed appeal for people spending far more time in their homes having less certainty the lights will stay on.

“The virus itself, I think, got people thinking, ‘how do I become more independent?’” Dickson said. “In the very beginning (of the pandemic), they didn’t know if their power was going to be shut off. So, I think there’s a little bit of fear, which ends up actually benefiting our industry, especially when we offer battery storage as well.”

Solar power companies also saw the ripple effect of cooped-up homeowners surveying their surroundings, inside and out, with a more critical eye, Dickson said.

“I think the whole remodel market took off last year and people were going, ‘hey, maybe we should do this project and put solar up there?’” Dickson said. “It was a good surprise.”

Simple Power Solar wasn’t the only regional solar panel installer in area that saw a boost in sales during the latter half of 2020.

Great Basin Solar, a Reno-based solar energy contractor that serves all of Northern Nevada, had its “busiest year to date,” said owner Travis Miller, who launched the company in 2018.

Miller said the federal solar tax credit — the investment tax credit (ITC) — was a big driver for sales last year. The ITC allows customer to deduct 26% of the cost of installing solar energy system from their federal taxes. It was set to expire at the end of 2020, but Congress in December extended the ITC at 26% for two additional years.

“That has driven consumer interest, especially at the Q3-Q4 periods as people rush to get tax credits before the end of the year,” said Miller, noting Great Basin Solar’s revenue was up about 25% in 2020 compared to 2019. “And I expect that trend will continue as long as tax credits continue.”

One could argue selling rooftop solar is also easier when potential customers are more aware of their increasing electricity bills.

Since the pandemic began shutting down or restricting businesses, many Americans have had to shift work electricity usage to their homes. In August, for example, residential retail sales of electricity rose 5.8% from a year earlier while commercial and industrial sectors saw declines of 6.7% and 9.3%, respectively, according to data from the U.S. Energy Information Administration.

Both Dickson and Miller both said residential projects make up 90% of their respective annual revenues, with the remaining 10% being primarily commercial. Simple Power also sees a slice of revenue come from off-grid projects and battery storage add-ons.

“We’re doing $100,000-plus systems up there,” said Dickson, referencing Tahoe’s high-end homes. “People build big and use a lot of energy up there.”

Zooming out, solar companies across the country were projected to install a record 19 GW of new solar capacity installations in 2020. That’s a 43% year-over-year growth from 2019, according to SEIA and Wood Mackenzie’s most recent quarterly report.

And an increase in solar installations calls for a labor supply to match it. All told, solar engineer and solar installer job postings in Q4 of 2020 grew 81% and 34%, respectively, when compared to Q3, according to the Cognizant Jobs of the Future Index.

The large increase in solar job postings can be partially explained by the fact the sector experienced swaths of layoffs when the pandemic swept in. After all, more than 72,000 solar jobs in the U.S. were lost between February and June, according to SEIA.

Dickson said Simple Power Solar has rehired everyone it laid off and is back to being a staff of about 20 — and he projects to hire at least six more employees by the end of 2021.

Great Basin Solar, which has 10 employees, avoided laying anybody off, said Miller, noting he expects to “expand the team some” in 2021.

Which begs the question: Is there a skilled workforce for solar jobs in Northern Nevada? So far, Miller and Dickson said they haven’t had a problem hiring local workers.

But, if the solar market continues to grow in the region, there may be a rising need for more workforce developments efforts. Truckee Meadows Community College offers a solar energy technician certificate, but that is about the extent of programs offered for people interested in working for a solar energy contractor.

“There isn’t a real good labor force here that has solar-specific skills,” Dickson said. “For us, we want somebody that’s got some sort of a construction background and is mechanically-inclined and not afraid of heights. Those are kind of the three big qualifiers.”

Miller said the region would see its most significant demand for solar jobs if the Silver State were to follow California’s lead and require all newly constructed homes to be equipped with solar panels. The mandate went into effect a year ago, January 2020, in the Golden State.

“Hopefully, Nevada will be soon to follow,” Miller said. “Those are the kinds of things that can really provide more volume of solar adoption and increase actual jobs. I could easily quadruple my staff to start meeting the demand.”