Speaker tells sailors change is coming, and it can’t be stopped 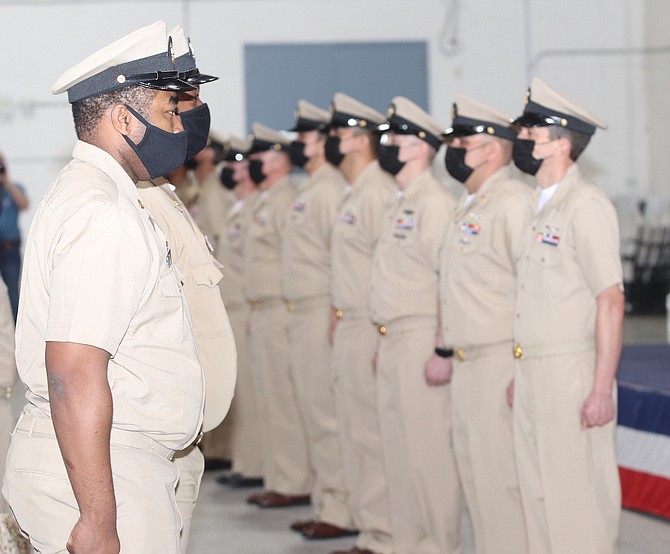 Advancing to the grade of chief petty officer in the U.S. Navy has been an honored tradition for 127 years.
In conjunction with similar ceremonies that were conducted on the same day (Jan. 29) at other naval installations, Naval Air Station Fallon pinned 11 sailors whose combined experience in the military stretches to 130 years. 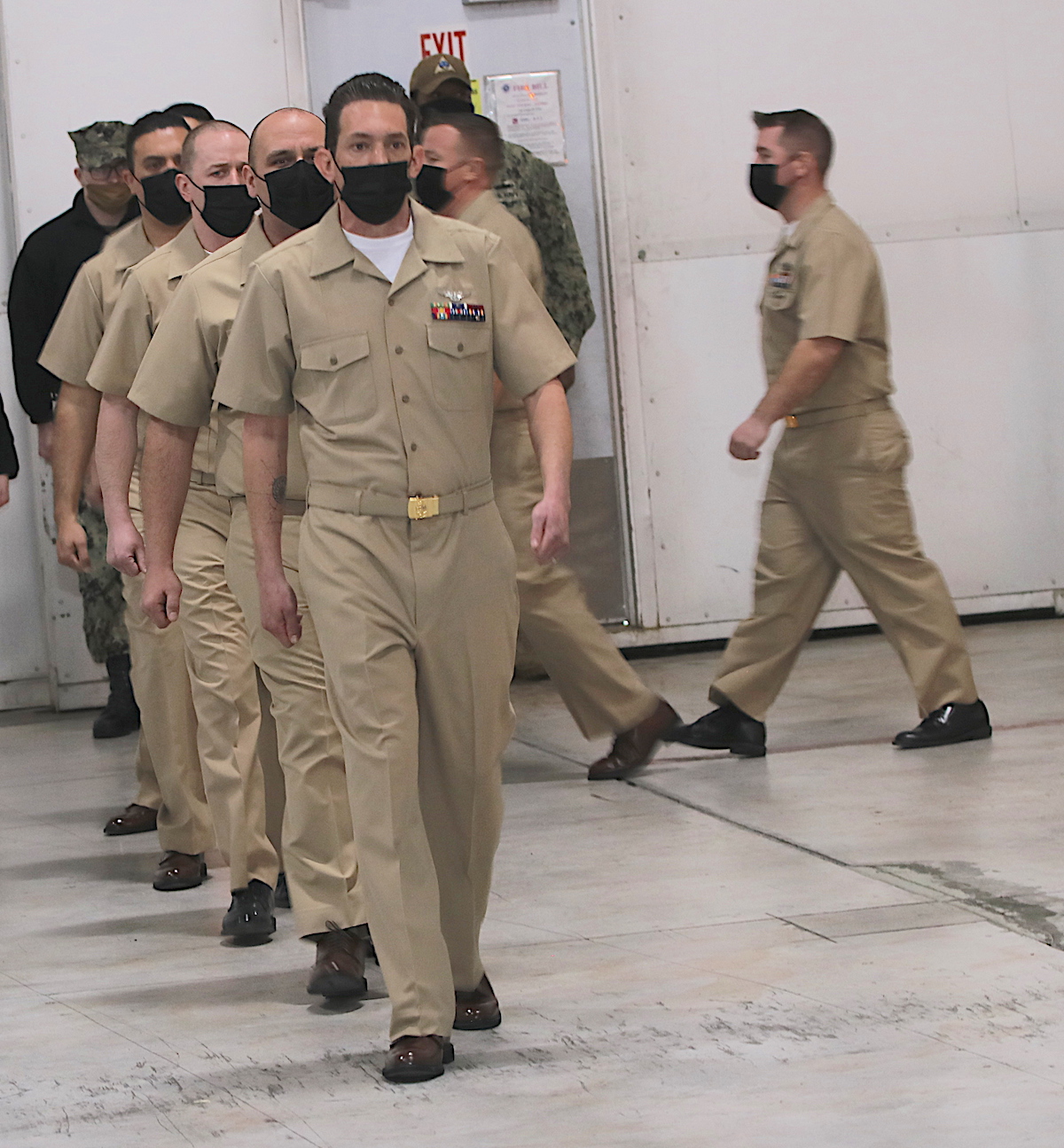 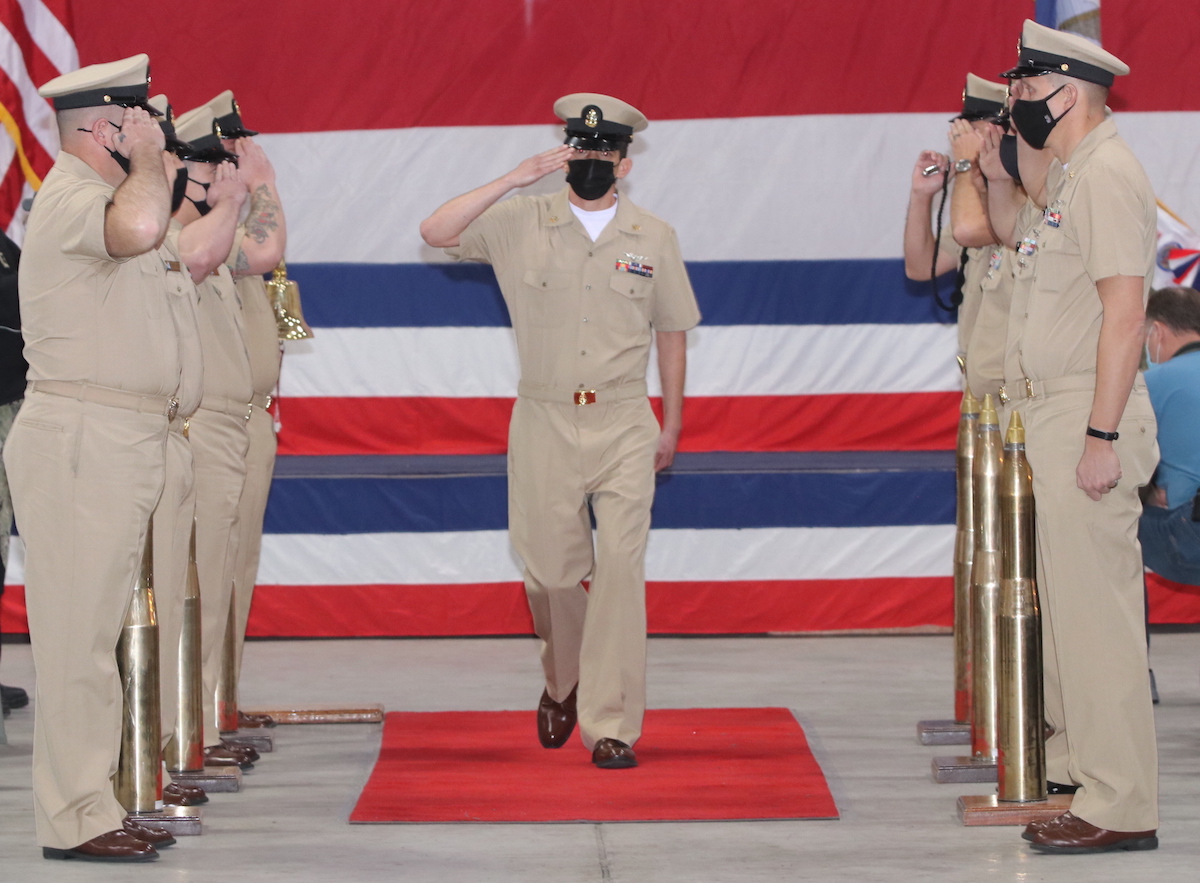 Chief Aviation Machinist Mate David Gates was the first chief selectee to be pinned.
Steve Ranson / LVN
Command Master Chief Jesse Cook, who arrived at NAS Fallon in October, said the team who worked with the new chiefs made the long weeks of training come together.“This is my 14th season in making chiefs. The process was not stressful,” he said of the training.
Cook also introduced the keynote speaker, retired Fleet Master Chief Michael McCallip, who spent part of his career on a submarine and also as force electronics technician for the Commander Submarine Forces. Both Cook and McCallip served together on the USS Texas, a Virginia-class submarine. Cook kidded he brought to Top Gun a "bottom gun" friend to offer sage advice to the new chiefs.
McCallip, who enlisted in 1978 and retired in 2009, said the older sailors told him the “Old Navy was a better Navy.” Yet, McCallip said others referred to today’s Navy as the strongest in the world. To him, though, it’s the people that make the Navy formidable and adaptable to change. 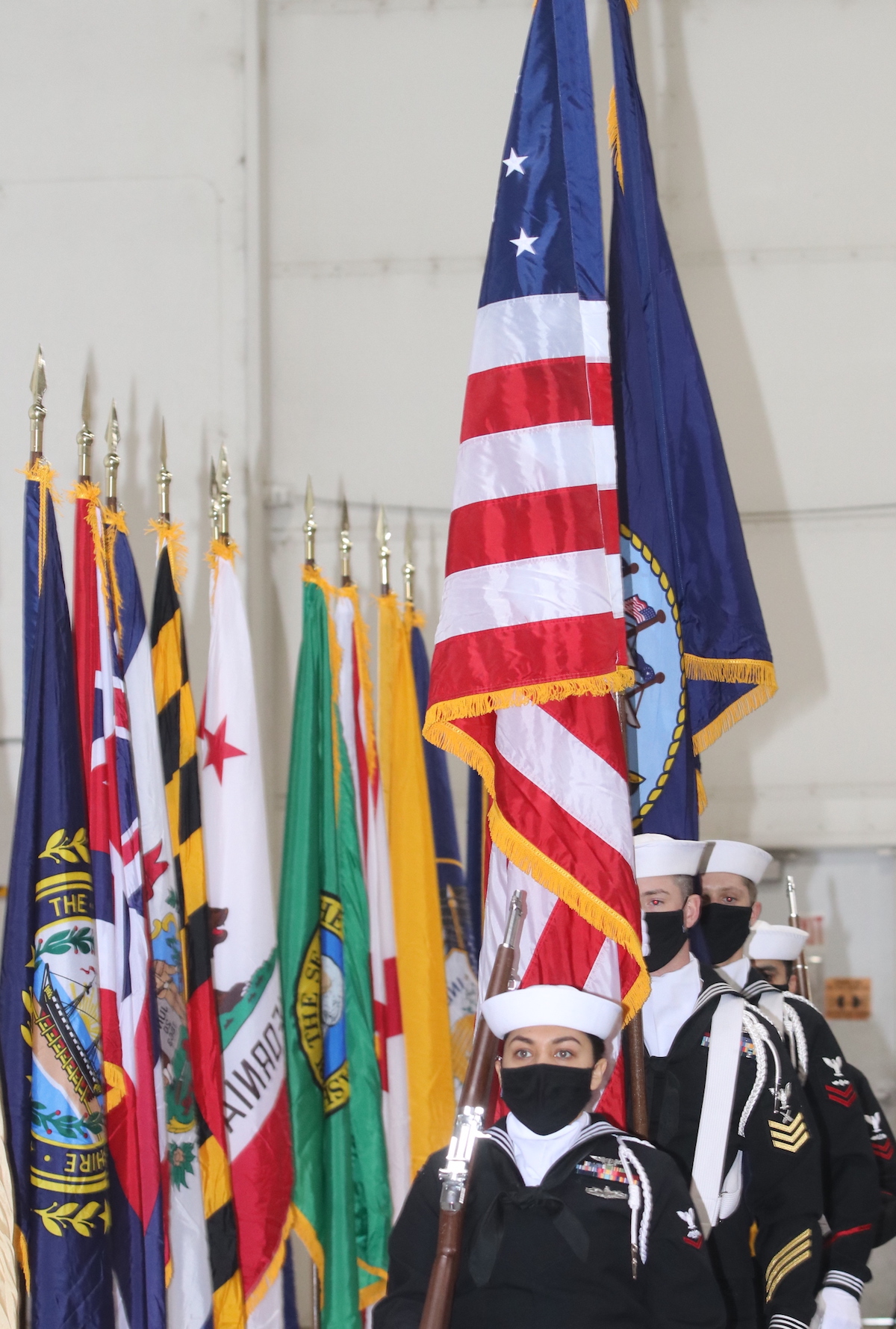 “Change: It’s coming to you and you can’t stop it,” McCallip said, reflecting on the advice his grandfather, a career sailor, told him. “He used to tell me that all the time.”
When McCallip successfully became a chief petty officer, he said his grandfather attended the ceremony, which still resonates with him to this day. McCallip said young sailors must keep up with change and take warfighting to the next level. Then he added his own advice to the new chiefs.
“I didn’t take care of them,” he said when supervising the younger sailors. “I gave them the opportunity.”
McCallip also told the new chiefs to prepare themselves for having the toughest conversations down the chain of command. He also directed part of his remarks to the millennials. After 2000, McCallip said technology was on steroids, and the new recruits were learning new information at a faster rate. He gazed over the rows of guests and said the millennials are now part of the audience. 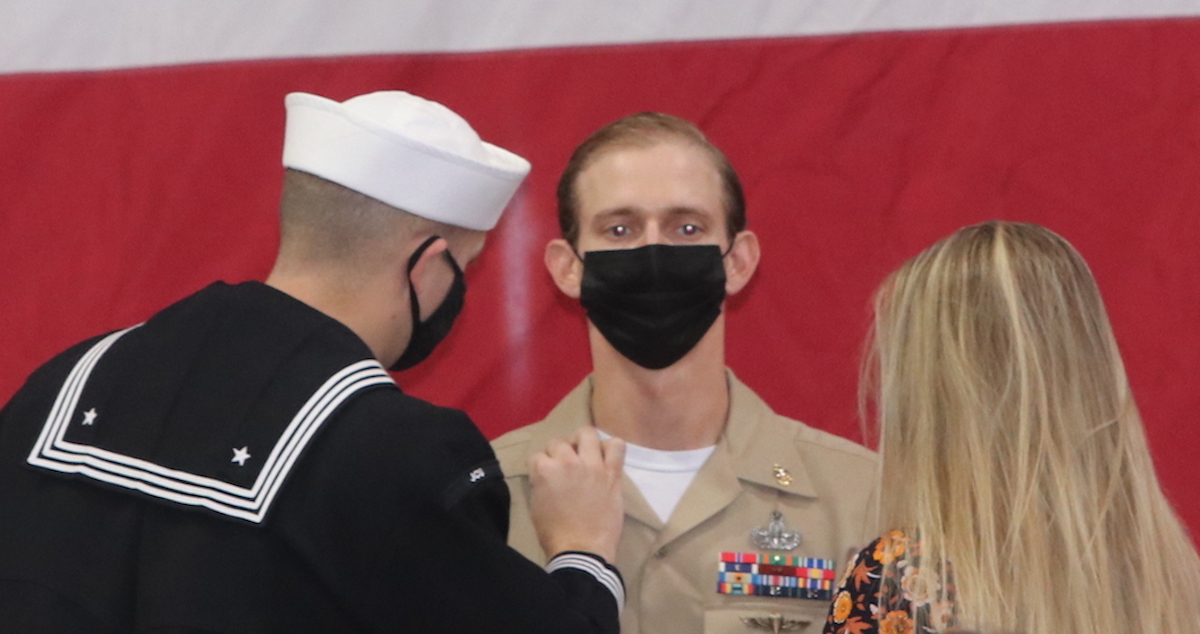 McCallip then offered additional advice for the new chiefs.
“Don’t forget your journey. Don’t forget the experience you had,” he said, exhorting them to provide their sailors with opportunism and leadership.
The retired fleet master chief said the sailors will be expected to give 100% and sometimes think outside the box or outside their comfort zone. He gave a warning, though, for sailors to weigh their options before moving forward on their decision making.
Before the chiefs’ pinning, the narrator read the symbolic meaning of the chief petty officer anchor followed by the CPO Creed.