Lady Bighorns off to hot start 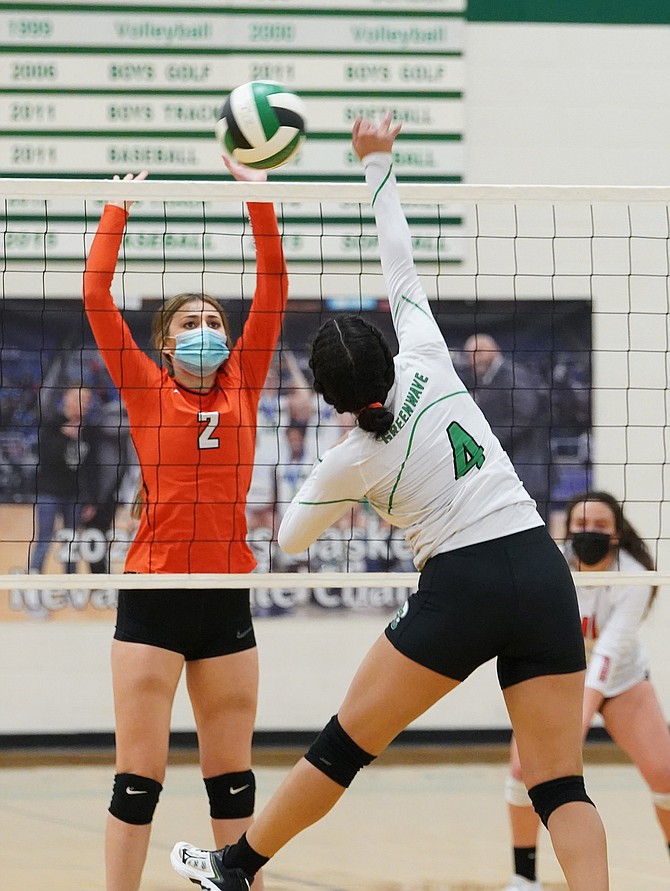 Thomas Ranson/LVN Fallon senior Aisha Sharon goes up for the attack against Fernley in Wednesday’s 3A East match. 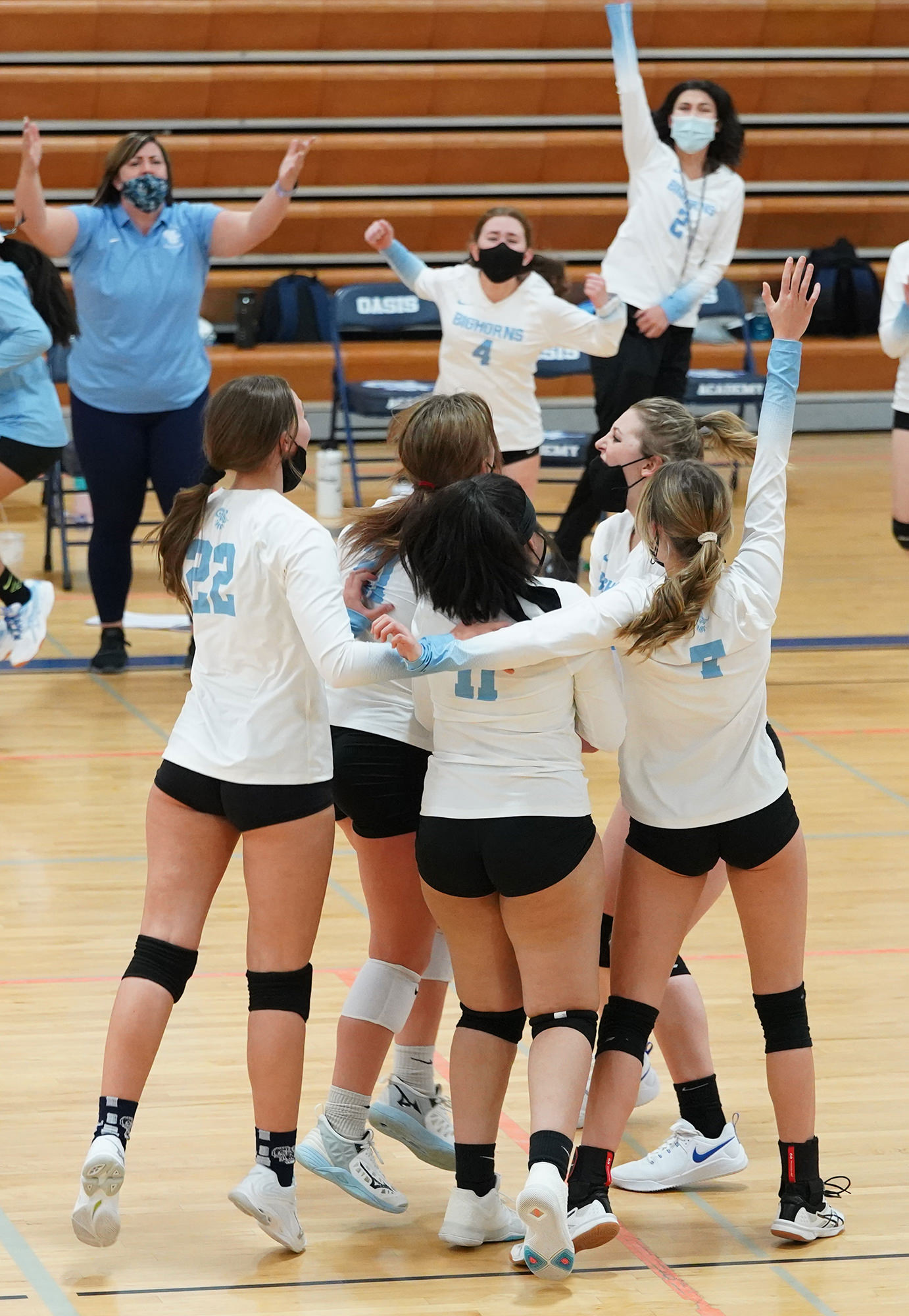 Oasis Academy’s volleyball team celebrates after coming back from a 2-1 deficit to beat Smith Valley on Friday.