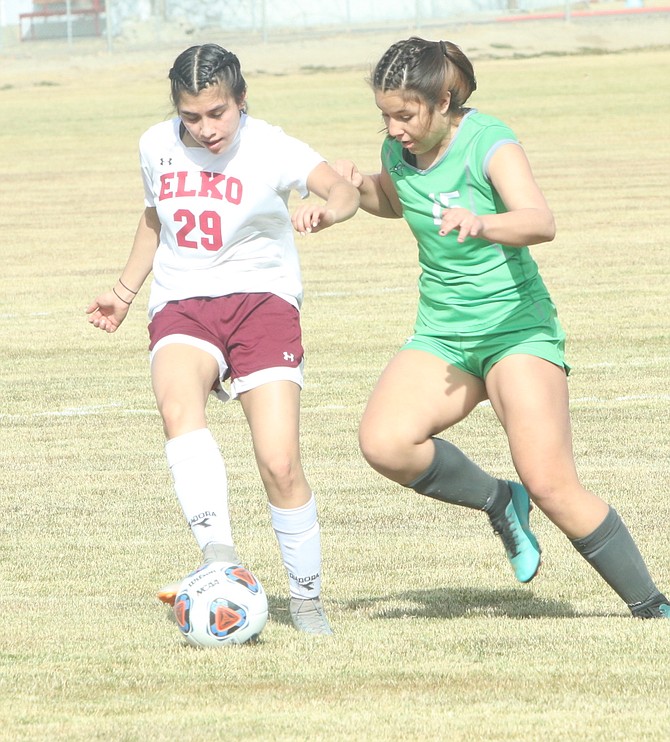 The Lady Wave soccer team got off to a strong start to the abbreviated fall season.

The Fallon girls soccer team shut out both Elko and Dayton last weekend and welcomes cross-valley rival Fernley today, while the boys team dropped both contests.

Bianca Lopez, Shealyn Snodgrass and Sidney Gusewelle each scored in Fallon’s 3-0 opening win over Elko on Friday at the Edward Arciniega Athletic Complex.

Lopez scored off a cross to get Fallon on the board followed by Snodgrass’ 18-foot shot. Gusewelle dribbled in before taking her opportunity, which went off the goalie’s fingers and into the net.

In Fallon’s 7-0 road win over Dayton, Hailey Guerrero and Gusewelle each scored twice.

Gusewelle started the scoring rampage during the 12th minute when she struck from long range.

“She was coming in from the right side, close to the edge of the field and shot it above the goalie and into the corner. It was a pretty goal,” first-year Fallon coach Manny Lopez said. 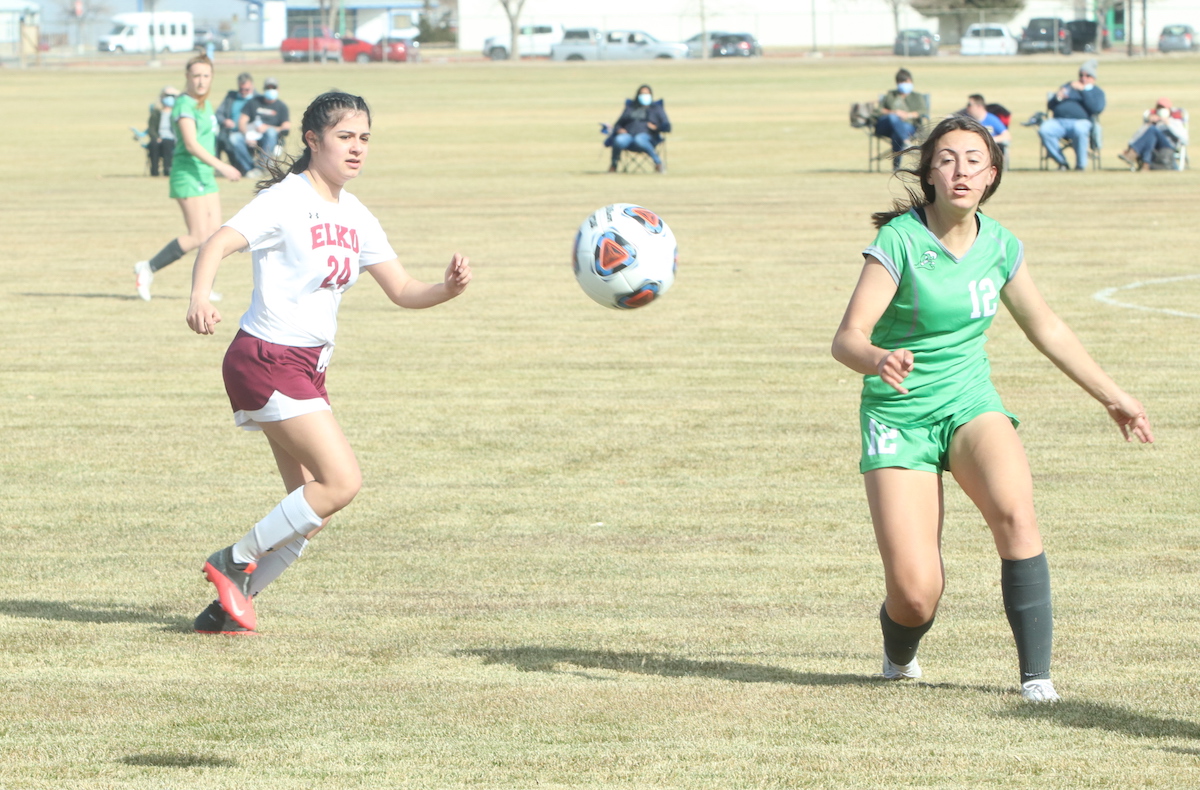 One minute later, Snodgrass connected. Standing at the top of the penalty box, Snodgrass received the pass from Gusewelle and chipped it over the goalie, just outside of the box, giving Fallon a 2-0 lead that would remain unchanged until the second half.

Four minutes into the second half, Guerrero scored the first goal of her season, which was described as a karate kick worthy of SportsCenter, according to Lopez.

“I’m not sure who took the shot, but it hit the crossbeam and bounced up. (Hailey) did a backward karate kick. The heel of her shoe tapped the ball past the goalie and into the goal,” Lopez said.
Lopez said the team was stunned at what happened.

“She looked around for a little bit. Everyone around her was really surprised,” Lopez added. “That was pretty cool.” 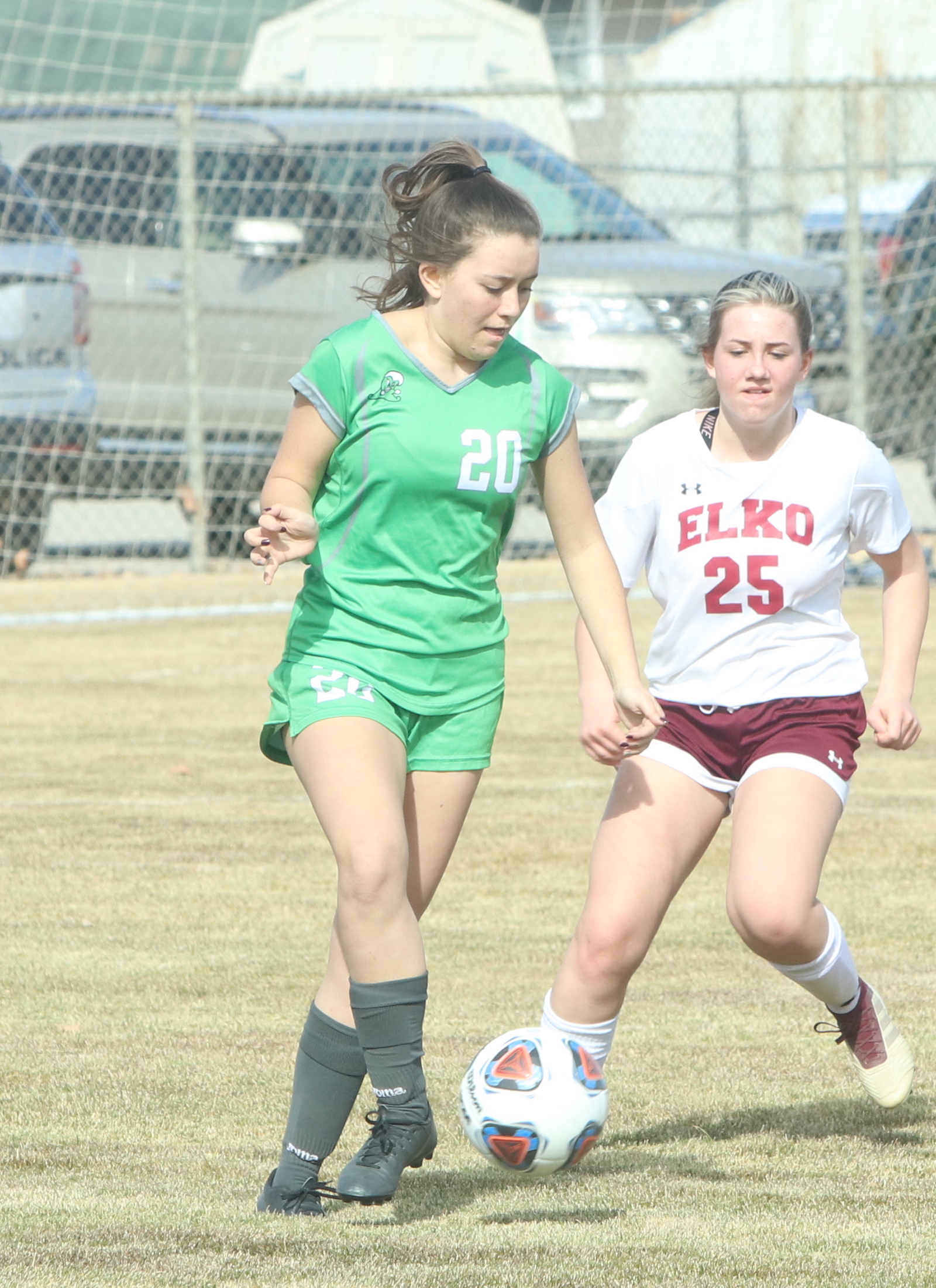 In the 53rd minute with Fallon up 3-0, Guerrero connected again with an assist by Lopez. Lopez received the ball on the left side of the field, drawing out the goalie, and passed to an unguarded Guerrero for the score. Lilly Howard, a defender, brought the ball up the field, shooting from outside the box to give Fallon a 5-0 lead one minute later. Lopez assisted.

Gusewelle scored her second shot of the game in the 73rd minute when the goalie deflected it into the corner of the net. Lopez closed out the scoring with an interception, before shooting from long range for the team’s seventh goal of the game.

Goalkeepers Sophia Basurto, in her debut as a freshman, and Kendra Pacheco shined during the team’s two wins. Defenders Franny Mori, Sidney Jarrett, Makayle Mathisen and Howard also stood out during the shutouts.

“We’ve been emphasizing teamwork,” Lopez said. “We’ve been pushing that. The team comes first. They need to talk. They need to maintain possession. These two games showed us quite a bit. We have stuff to still work on.”

The boys soccer team lost to Elko, 7-0, on Friday on the road before returning home on Saturday when it lost to Dayton, 5-3.

Cole Hamlin, Yahir Ugalde and William Klein each scored against Dayton, which led 3-2 at halftime.

The Lady Wave hosts Fernley today before traveling to Spring Creek on Friday, while the boys team hosts Spring Creek today for its only game of the week. 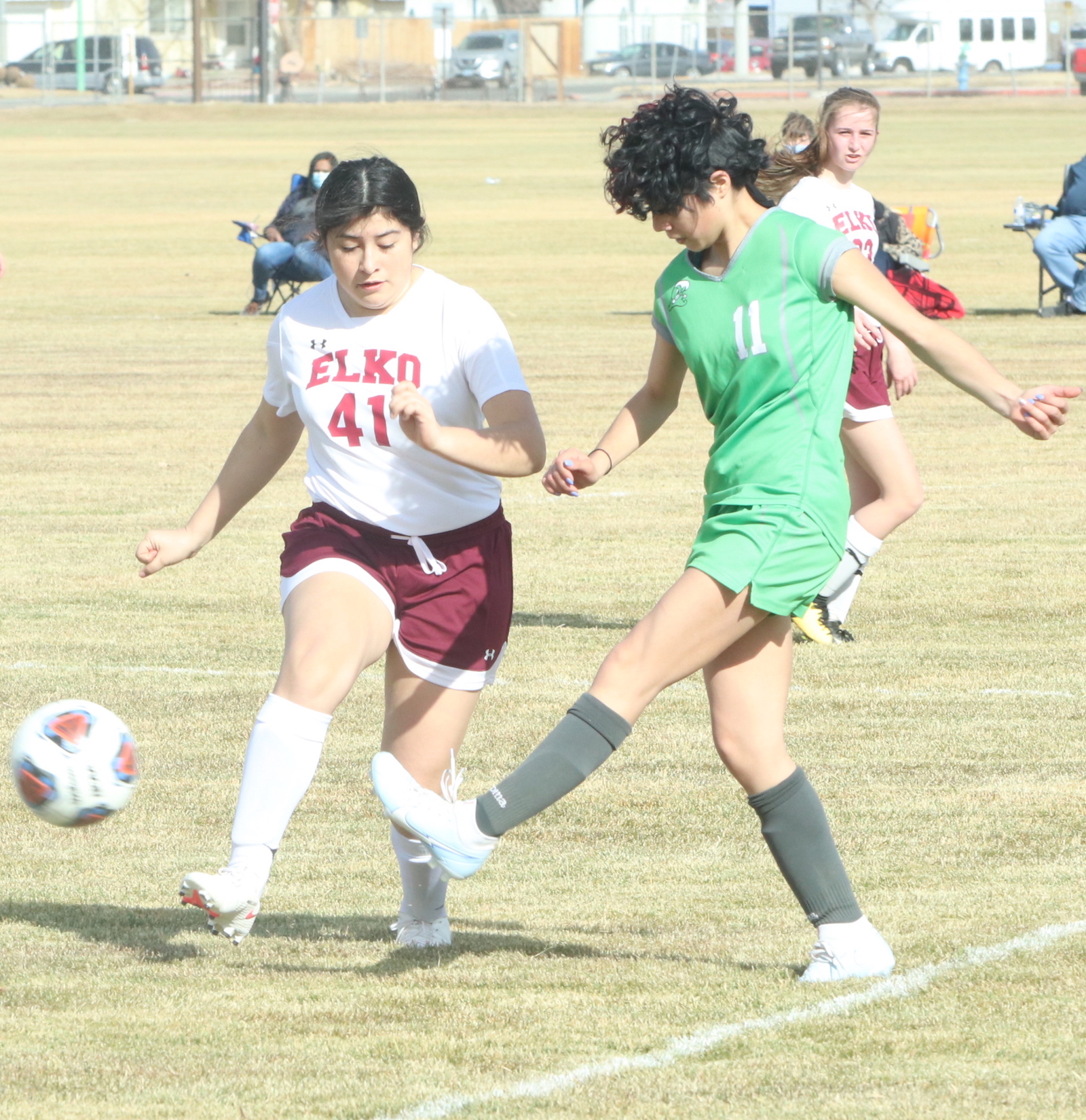