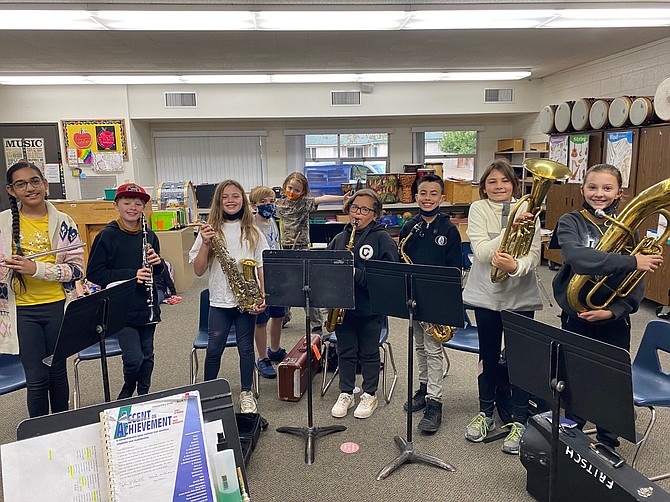 The annual Dolan Class Project provided each teacher who entered the giveaway with a share of more than $100,000.

“Teachers deserve our support now more than ever,” said Ryan Dolan, CEO of Dolan Auto Group. “We are so inspired by their dedication, creativity and resilience we decided to increase the overall amount and award everyone who entered.”

The effort typically distributes $60,000, but this year it increased to more than $100,000 and was further increased to award each participant. More classrooms received a portion of the funds this year than in previous years.

The grand prize of $10,000 was awarded to Witkowski’s fifth-grade band at Fritsch as voted on by the community. The funds will provide enough instruments for all fifth graders to have an equal opportunity to participate in band as well as their participation in the annual Band-o-Rama concert in celebration of Music in Our Schools Month. The class also plans to give back by donating a portion of their funds to Holiday with a Hero, supporting local law enforcement’s efforts to ensure every child has a happy holiday. The remaining classrooms will each receive $5,000.

To participate in the Dolan Class Project, Northern Nevada teachers applied by submitting a brief video giving an overview of a community project they will do with their students as well as explaining how the funds will be used.

Dolan Auto Group formed the Dolan Class Project in 2011. The project has transformed into a community partnership that strives to support schools and local organizations.
For more information, visit www.dolanautogroup.com/class-project/fall-2021.htm.