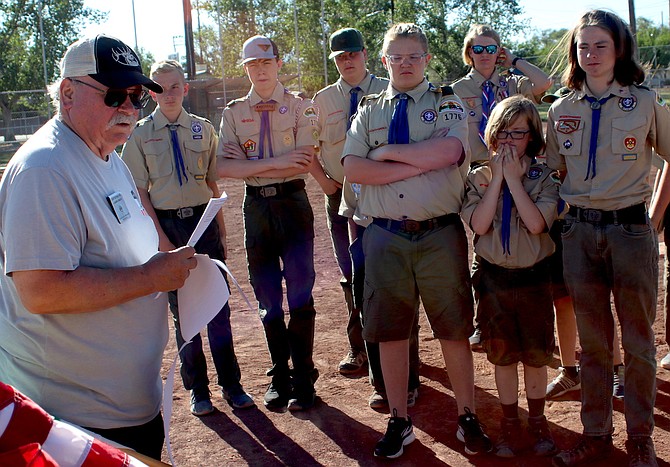 Leo Arcoraci posts a flag with 20 stars that was approved by Congress in 1818. The number of stripes remained at 13 and the stars represented each of the 20 states. A star was added for each new state. 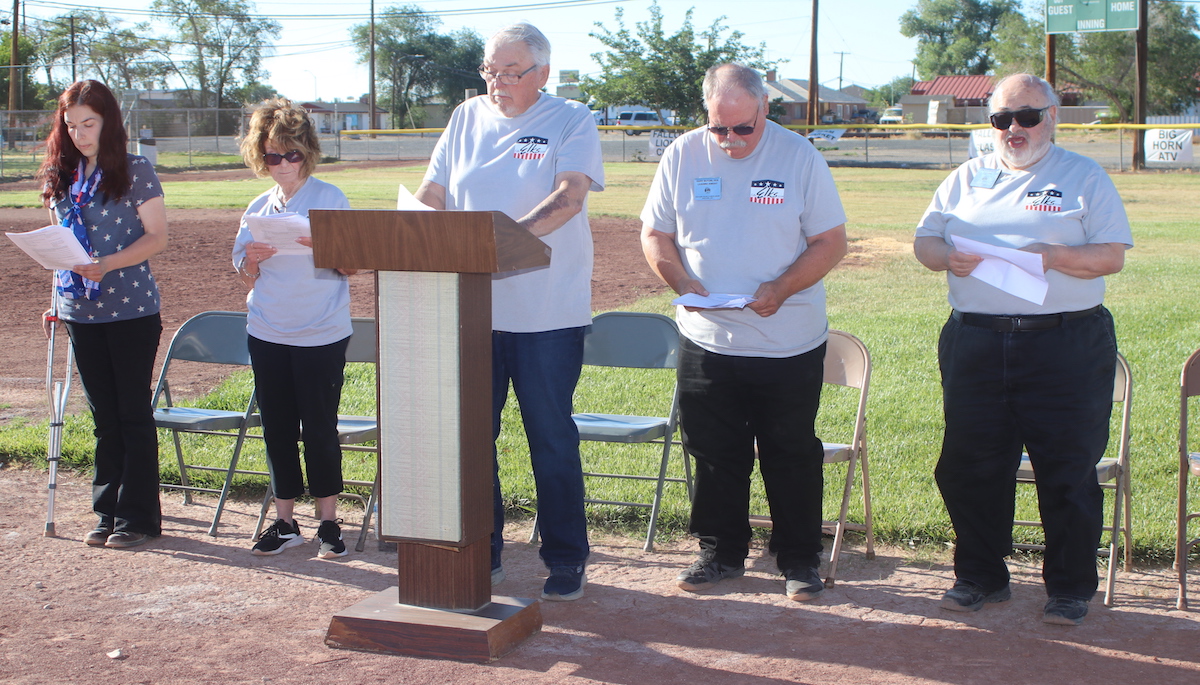 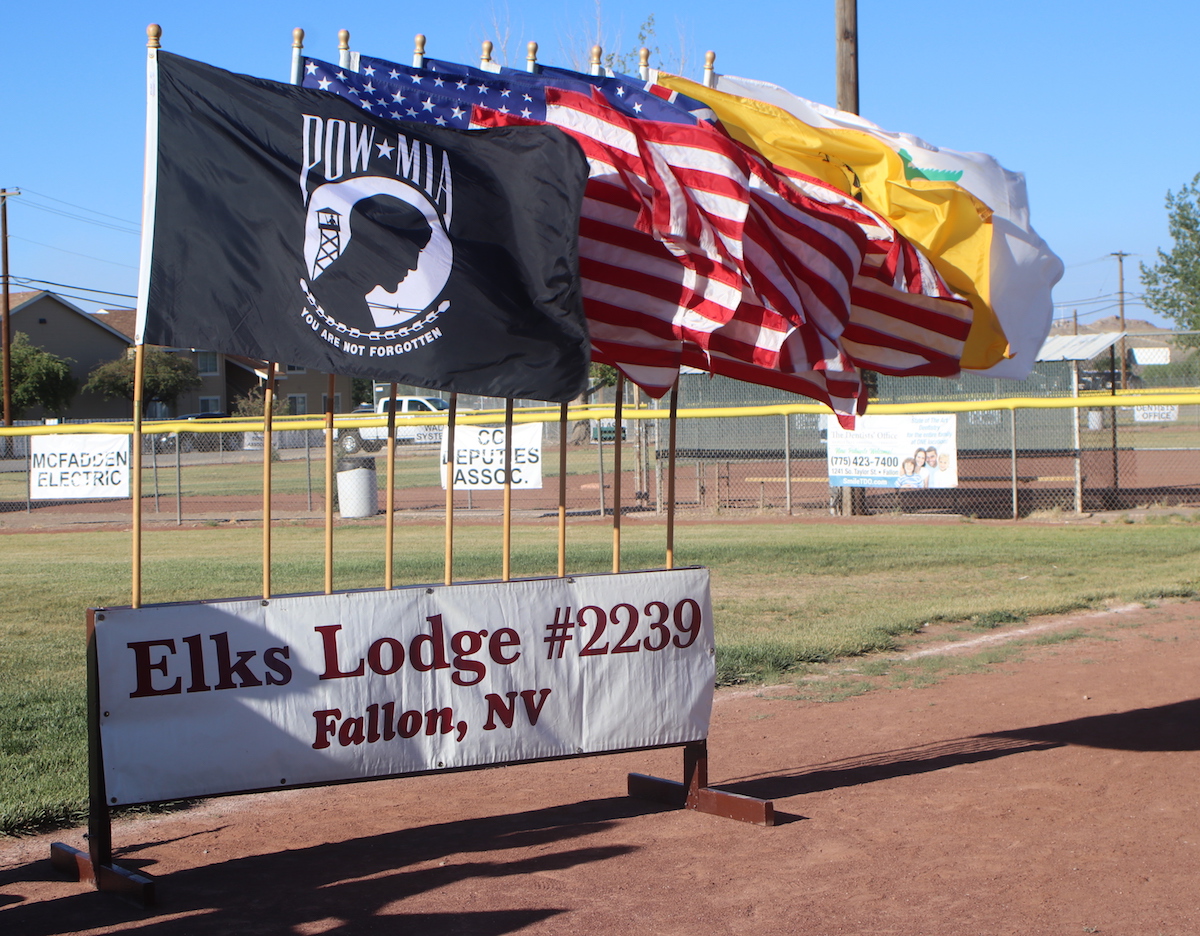 Steve Ranson/LVN
Flags flap in the wind after the Elks ceremony.