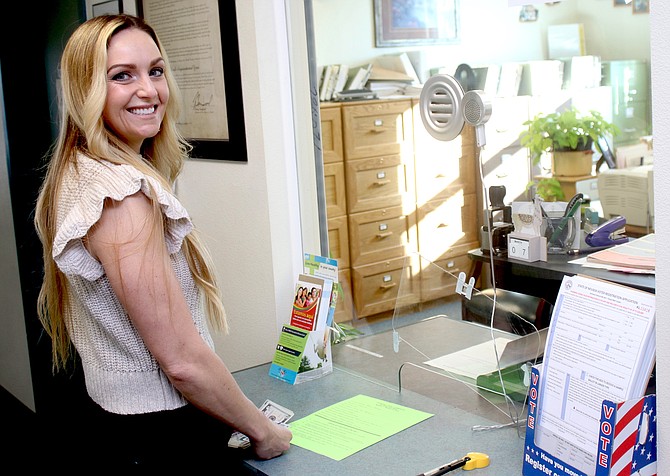 According to the Fallon City Clerk’s office, Incumbent Kelly Frost filed for re-election to Ward 1. Paul Harmon has filed for Ward 3. The position is open because Councilman James Richardson is termed out. 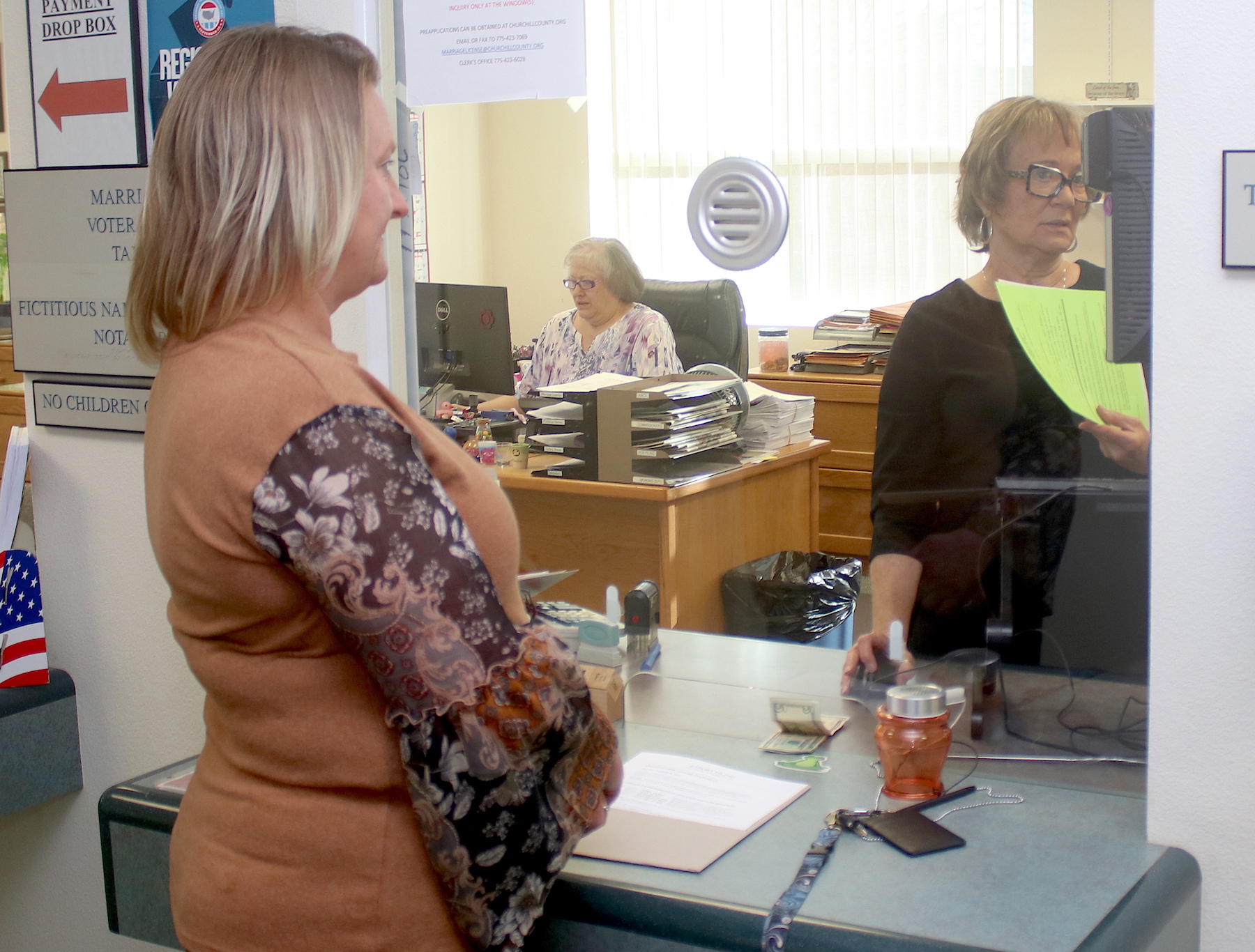 Steve Ranson/LVN
Churchill County Assessor Denise Mondhink-Felton, left, was one of the first candidates to file for re-election with Clerk Julie Gilmore looking on.