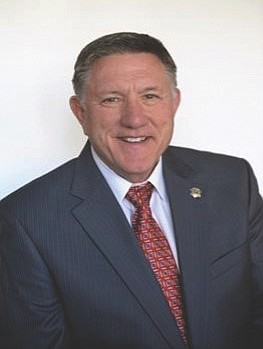 Assemblyman P.K. O’Neill on Tuesday won his third term in the Nevada Assembly, beating political newcomer Shannon McDaniel with just under 60 percent of the vote.

O’Neill, a Republican, won 15,727 votes compared to 9,395 for McDaniel, a Democrat, in the district that represents Carson City, the southern portion of Washoe County and Incline Village.

He said he was extremely disappointed in the poor showing for Republicans nationally but, “extremely happy we have a Republican governor.”

Clark County Sheriff Joe Lombardo is leading Democrat Gov. Steve Sisolak, who was seeking a second term in office. A winner has not been declared and the counting of votes is expected to continue into next week.

A Republican governor, O’Neill said, will be able to block some of the proposals being pushed by liberal Democrats from becoming law.

But at the national level, he said, “I don’t understand how we could have done so poorly.”

He said he has already requested several pieces of legislation ahead of the 2023 Legislature including one to declare torturing or maiming a dog a violent felony. A man convicted of torturing several dogs received a much lighter sentence because existing law doesn’t declare that crime to be a violent felony. O’Neill, a veteran of more than 35 years in law enforcement, said a number of people he arrested on murder charges also had histories of animal abuse.

He also has legislation coming that would make it easier to transfer titles of property in Virginia City to the owners of the surface property. The problem with much of the land on the Comstock is that, while individuals may own the building and surface, mining companies still own the land itself along with the right to mine it.

O’Neill on Wednesday said he was driving around town taking down his campaign signs. Carson City has a law mandating that political candidates take down their signs almost immediately after the election or face stiff fines.

“I like taking down the signs because it’s cathartic to me,” he said.

The election he said, is the end of one phase of the election cycle — the campaign —and the start of actually preparing for the legislative session.