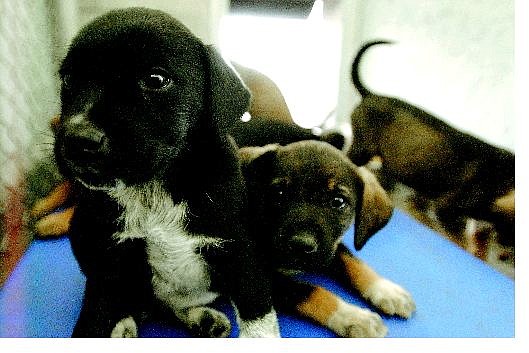 Rick Gunn/Nevada Appeal Eight lab-mix puppies were abandoned recently near the Carson River. The pups are being cared for by Lyon County Animal Services and are now up for adoption.