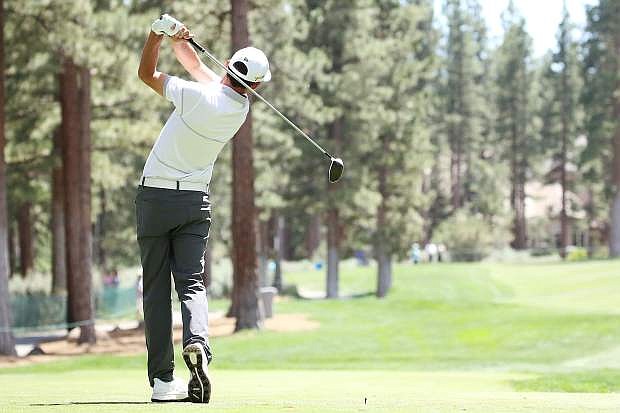 Scott Smith of Fallon tees off on the 13th hole Friday.