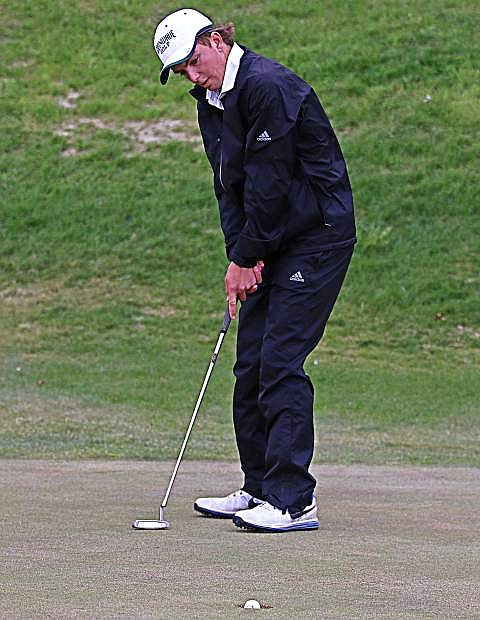 Kelvin Cann putts the ball to the hole at Spring Creek golf course.