Trump set to return to Minden on Oct. 8 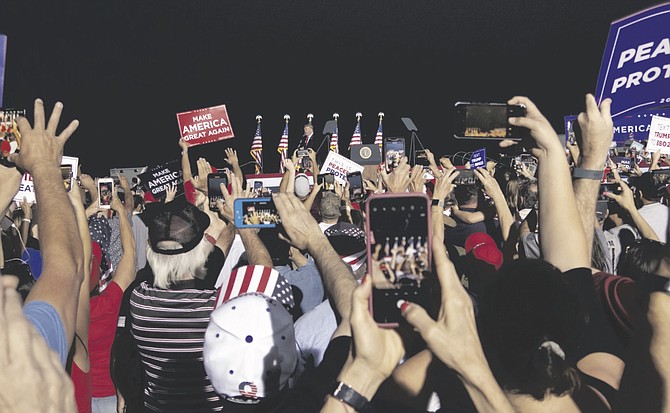 Donald Trump speaks to the crowd at Minden-Tahoe Airport on Sept. 12, 2020.
Photo by Ron Harpin.

Former President Donald Trump is is scheduled to appear at the Minden-Tahoe Airport on Oct. 8.

This will be the second time that Trump has held a rally at the Minden airport.

Tens of thousands turned out for the rally.

Douglas County commissioners are schedule to discuss a permit for the event at their Thursday meeting, spokeswoman Melissa Elges said. According to donaldjtrump.com gates open at 2 p.m. for the rally which starts at 7 p.m.